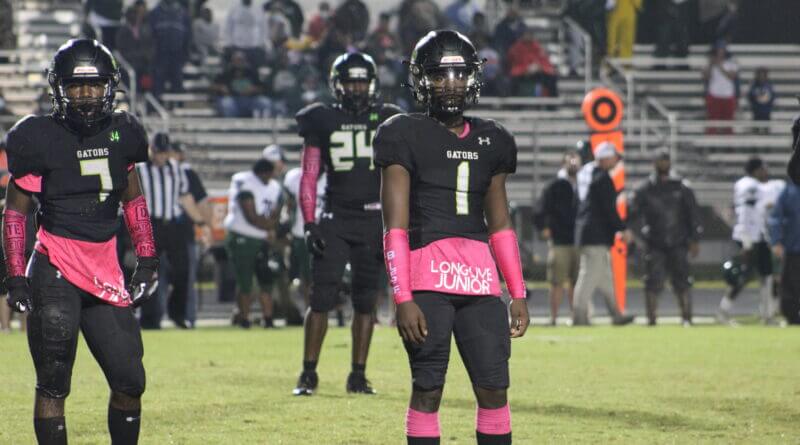 Southaven can move into a tie for second place in the Region 1-6A standings with the victory. Lewisburg is trying to get back into the win column and break a five-game losing streak.  The Chargers beat the Patriots 42-17 last season in just the second meeting between the schools on the football field, a series tied 1-1-0.  The game was moved to Thursday due to a statewide shortage of available officials.

The marquee matchup of Region 1-6A this week has the only unbeaten teams in the region meeting in Batesville. The Jaguars are on a four-game winning streak including last week’s 27-14, come-from-behind victory against Hernando. The South Panola Tigers stopped Lewisburg last week 42-3, scoring 42 straight points after an early Lewisburg field goal.  South Panola is unbeaten all-time against DeSoto Central at 12-0-0, including a 42-7 victory in the last meeting back in 2018.

The Eagles look to continue a two-game winning streak fashioned after last week’s 30-10 victory against Center Hill. The Tigers look to rebound from their 27-14 loss at DeSoto Central last week. Horn Lake has had the definite edge in the overall series at 28-14-2, including last year’s 16-14 victory.

Center Hill may feel they have a good chance to beat their neighborhood rival Olive Branch for the first time ever when they meet as 6A regional rivals for the first time. Both teams are looking for rebounds after tough losses. Center Hill dropped its second straight game in last week’s 30-10 loss to Horn Lake. The Conquistadors have the county’s longest losing streak at six after its 32-0 loss to Southaven in the “Backyard Brawl.” Olive Branch has won both previous meetings with the Mustangs, including a 28-21 victory in 2018.

The Gators want a comeback after dropping last week’s rainy 40-21 home contest to Region 1-5A leader West Point. Lake Cormorant has a 6-4-0 edge in the overall series with a 40-21 win in last year’s contest. New Hope is also looking to recover from last week’s 51-0 thrashing at the hands of Lafayette (Oxford). Last week’s loss to West Point put the Gators in fourth place in the region standings, two games behind the Green Wave. Lafayette and Cleveland Central are tied for second at 3-1 in the region. New Hope is tied at 1-3 with Saltillo.

The Trojans set out from TSSAA Division II-A district play to host the Knights of Memphis Sheffield. The Trojans had a three-game winning streak end with its first district loss last week, a 33-21 loss to Evangelical Christian, Tenn. Sheffield dropped a 32-0 result to Raleigh-Egypt (Memphis) two weeks ago and did not play last week. Information has that Northpoint and Sheffield have never met on the football field before.  Friday is the last home game for the regular season at Northpoint, which finishes the regular season before TSSAA playoffs start at Lausanne Collegiate next week.