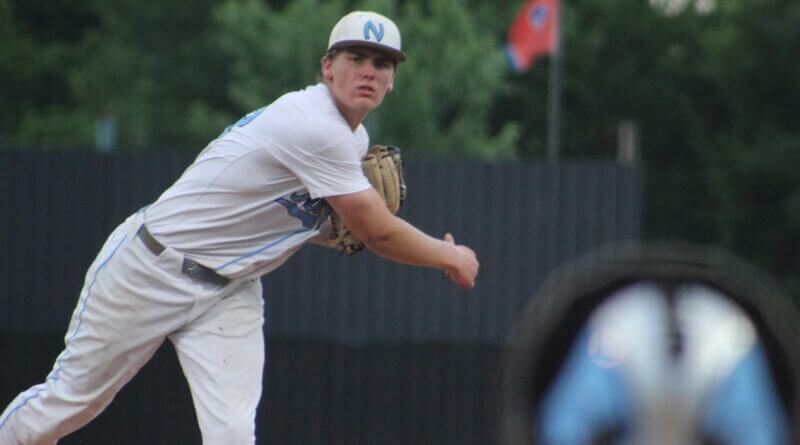 Northpoint Christian School baseball coach Stephen Kirkpatrick talks a lot about the importance of a quick start and getting an early lead. His team has been known for doing that for a lot of this season.

Tuesday night in the first round of the TSSAA Division II-A state tournament against Franklin Grace, the Trojans got the start they wanted with a first-inning two-run homer by pitcher Hudson Brown for a 2-0 lead.

But the finish is also important and this time, the Lions had the finish the Trojans couldn’t come up with, scoring five times in the seventh inning to come away with a 6-2 first round victory. The loss stopped a five-game Northpoint playoff winning streak.

The result put the Trojans into a losers’ bracket game in the double-elimination state tournament Wednesday morning at 10 a.m. against Silverdale Baptist Academy of Chattanooga, Tenn. The Seahawks were dropped in Tuesday’s first round game by Goodpasture Christian School of Madison, Tenn. 18-1 in five innings.

Goodpasture plays Franklin Grace in a winner’s bracket game at 12:30 p.m. and the morning winner meets the early afternoon loser in an elimination game at 5 p.m.

In what became a major pitchers’ duel between Brown, who started for Northpoint, and Franklin Grace pitcher Jackson Sleeper, the two-run homer became the only runs of the game until the Lions scored once on Brown in the sixth inning.

Kirkpatrick chose to relieve Brown for the seventh, but JD Ikerd was quickly tagged for two earned runs. Ikerd was relieved by Justin Hall, but he too was welcomed by the Lions with three runs scored, two earned, and three hits before the inning ended.

Sleeper then came back for the home half of the seventh and stranded Spencer Haley at first to end the game.

Northpoint was held to four hits in the loss, including Brown’s homer, and committed a costly two-out error in the sixth inning that led to the Lions’ first run of the game on a play that would have ended the inning without a run scored.

Franklin Grace mustered only six hits, which included a two-run home run in the seventh inning by Trace Phillips as part of the Lions’ five-run outburst.  The Lions were charged with two errors in the contest.

Sleeper earned the pitching victory with the complete-game performance, while Ikerd was charged with the loss.

Kirkpatrick expects his Trojans to bounce back in the morning elimination game, even with the short turnaround.

“We did it last year, lost the first game and then came back and played for the state championship and we can do it again,” Kirkpatrick said. “This team is resilient, we’ve got a short memory, we’ll focus on the good things, learn from the bad things, come out and play well.”

JAGS STATE FINALS PLAY DELAYED: The Mississippi state high school baseball tournament, being threatened by rain in and around Trustmark Park in Pearl this week, has made adjustments in its schedule, adjustments that includes the 6A championship series between DeSoto Central and Northwest Rankin.