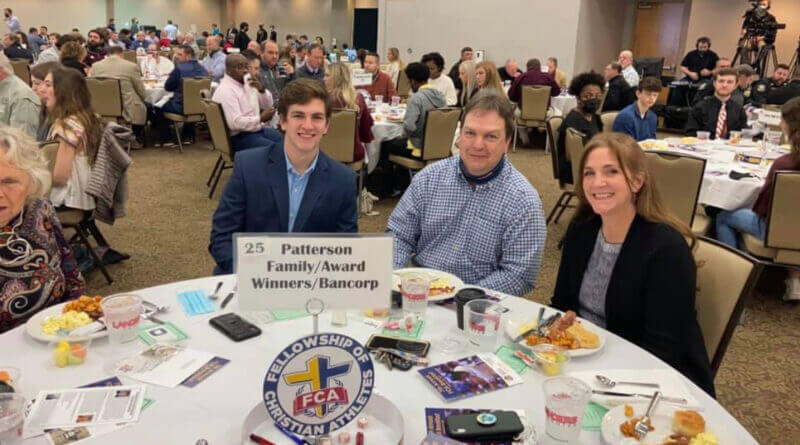 The award is given each year to an area student-athlete and the award is named for Coach Bob Patterson, who died in May 2017 at the age of 84 years old. Patterson was a former assistant coach and athletic director for then-Memphis State University. Patterson also coached with the Memphis Showboats of the United States Football League and scouted for three NFL football teams.

Patterson also had a career as a title insurance marketing representative in Southaven with Security Title Guarantee Corporation. He was known as a supporter of athletics at all levels and the FCA.

Smith, son of Shea and Christie Gross Smith, was a senior quarterback for the Trojans’ football team this fall that finished with a 5-5 record and first-round appearance in the TSSAA Division II-AA state playoffs.  He plans to continue his education next year at Millsaps College.

“The award comes with a scholarship and is given to a deserving DeSoto County high school football player for his impact on his team, others and involvement in FCA.

The main speaker at the Thursday breakfast fundraiser event was former Major League Baseball player Sid Bream, a first baseman with the Los Angeles Dodgers, Pittsburgh, Atlanta, and Houston during a 12-year career in the majors.