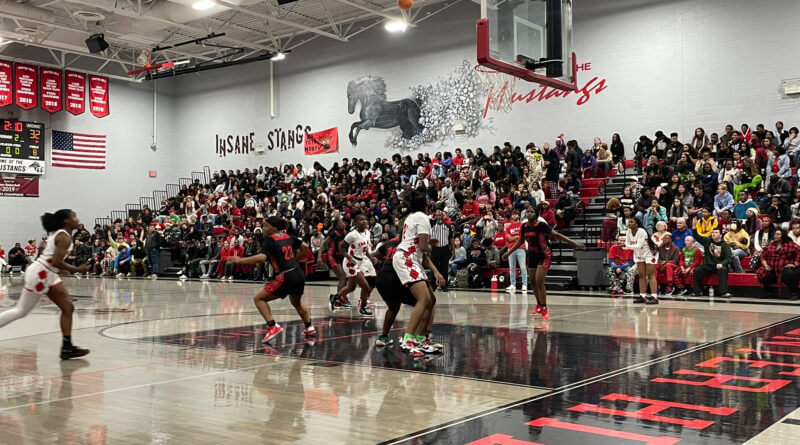 The three men who refereed a recent Center Hill-North Panola boys’ basketball game that originally gave the Cougars a one-point victory have been disciplined by the area supervisor of officials.

Barring appeals, the head referee of the school-day contest won’t be able to work any more games through the end of December. The two other referees were also disciplined.

In the final seconds of the game played during the school day on Nov. 18 and with North Panola leading on the scoreboard 70-67 with seconds remaining, a Center Hill player’s three-point basket at the buzzer appeared to tie the contest at 70-70. However, at that moment the North Panola scorekeeper claimed the score wasn’t correct and North Panola should be ahead by one point.

The referees conferred among themselves, agreed with the visiting scorekeeper and ended the game in the Cougars’ favor. Without further discussion they left the floor and the game was over.

The referees never compared the North Panola and Center Hill scorebooks in making the decision that had North Panola winning the game 71-70.

By not making the comparison, the referees were not following a rule where the home team’s scoring is the official book in all cases unless the referee rules otherwise. If there’s a discrepancy in the scoring, the referee must accept the record of the home team scorer unless he/she has definite knowledge to make a change.

Center Hill appealed the Nov. 18 game outcome and the supervising official ruled the game a draw the following day.

Fred Johnson, the supervising official, later meted out discipline to the three referees that will keep them off the court for the near future. In addition, the head referee is prohibited from working any more Center Hill games.

Johnson said officials are held accountable for how they follow the rule book and the decisions they make. The head referee had indicated to Johnson he was going to appeal the suspensions to the MHSAA, which may uphold, reduce, or eliminate Johnson’s ruling against him.

Johnson added fans should know there are officials overseeing how a referee calls a game.

“We want to make sure our officials know that they will be held accountable when they make decisions that are not covered by the rules,” Johnson said.  “We monitor them, we monitor their decisions. Coaches have a line they can go to when there is a rule interpretation that is being violated and we make a decision based on that.”