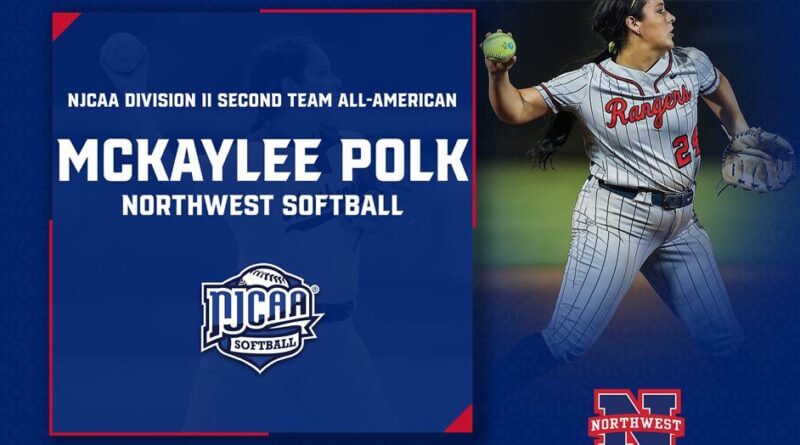 For the second time in less than a week, Northwest freshman infielder McKaylee Polk has received more national recognition.

Just days after earning NJCAA Division II All-American accolades from the National Fastpitch Coaches Association, Polk was named an All-American once again on Tuesday, this time from the NJCAA itself.

Polk led the Rangers at the plate for most of the season, finishing the 2022 season with a .397 batting average, 18 doubles, a triple and a team-best 19 home runs. The standout from Senatobia also led the team with 61 runs batted in and an .822 slugging percentage for the season.

Most of Polk’s stats landed her in the top 10 of several single-season and career statistical categories at Northwest, including setting a new single-season record for home runs, surpassing Koczka’s previous record of 14 set just last year.

Northwest finished the season with a program-best 39-15 overall record. The Rangers captured their first Region 23 title and advanced to the NJCAA Division II Softball Championships for the first time, finishing as one of the last four teams remaining in the 16-team tournament field.