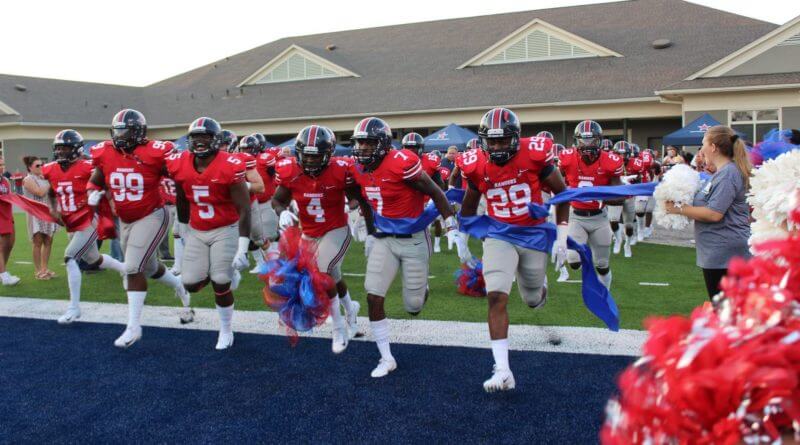 After five years of waiting, the championship drought finally came to an end for Northwest on Saturday night.

With a 40-13 victory at Mississippi Gulf Coast, the Rangers brought home, not one, but two trophies for winning MACCC and National Community College Football Championship titles, granting Northwest its fourth national championship and its 10th conference title.

“It feels great,” Northwest coach Benjy Parker said. “Everybody in our league had ups and downs with COVID-19, but our entire conference deserves a pat on the back for battling and making it through the season. I’m just proud or our team for getting this win.”

Northwest was outgained 408-298 by Mississippi Gulf Coast but the Rangers took advantage of several Bulldog miscues, including two defensive touchdowns – a 50-yard fumble recovery by Jykeveous Hibbler and a 70-yard pick-six by Byron “Tank” Pearson.

Freshman Tucker Barefoot finished 4-for-4 on field goal attempts for the evening, three of which came as the Rangers’ first nine points of the first half. The Clinton native also knocked through a career-best 43-yard kick in the second quarter.

Offensively, MACCC North Division Offensive MVP Michael Hiers finished 16-of-29 for 213 yards, a touchdown and no interceptions. Sophomore tailback Jaquerrious Williams led the Rangers’ rushing attack with 24 carries on 109 yards and a touchdown.

Freshman punter Tanner Gillis was also big on special teams with 256 yards on seven punts, including four inside the 20-yard line.

(Editor’s Note: Mississippi community colleges were the only schools playing football in the fall this year due to coronavirus, hence the claim of a National Community College Football championship. Other NJCAA-affiliated schools have moved their football programs to playing in the spring 2021.)