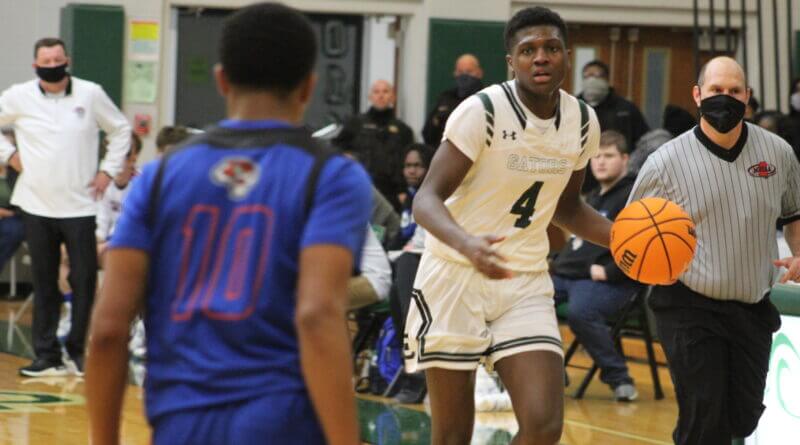 LAKE CORMORANT BOYS 51, SALTILLO 40: The Gators will head into Tuesday night’s 5A district rematch with Center Hill with another solid defensive effort, put together in Friday night’s 51-40 home victory over district rival Saltillo.

The 40 points were the second-lowest total allowed by Lake Cormorant this season, just three more than the 37 allowed to Hernando in a 54-37 Gator victory on Tuesday, Jan. 19.

Gators’ coach Bryant Worsham looks back at a 63-60 overtime conquest of Southaven as a turning point to his team’s recent success.

“Ever since the Southaven game the last four games we’ve just locked in on defense,” Worsham said. “Defense always leads to offense.”

Donovan Sanders knocked down a trio of baskets to open his night with six points in the first quarter, part of a team-high 16 points. Lake Cormorant led the Tigers 14-7 when the quarter came to a close.

“You give him an inch, and he’s going to blow by you,” Worsham said. “His mid-range shot tonight was on point and when that happens we can kick it out to our shooters, (KB) Brooks and (Damian) McKnight.”

Sanders added another six points in the second quarter to help Lake Cormorant to a 26-12 advantage at halftime. Braxton Gibbs scored the only five points for Saltillo in the second period of play.

But the Tigers came out and quickly hit a trio of treys in the opening moments of the quarter to get within 26-21 Gators and Worsham had to take a timeout.

“The same thing happened to start the second half at their place,” Worsham explained. “We called that quick timeout and made some small adjustments and we were fine after that.”

Brooks stepped up and scored eight of his 14 points in a third-quarter performance that included a pair of three-point shots.

Brooks and Marshall Odum each scored four points in the final quarter to finish off the Tigers. Odum was the third Gator in double figures with 12 points on the night.

Gibbs was the only player in double figures for Saltillo with a game-high 19 points.

Friday’s result did little in changing the district standings but it could be a precursor of what’s ahead in the postseason.

“This was pretty much a preview of the 2 vs. 3 game at the tournament,” Worsham said.

But the Gators will come to Center Hill Tuesday likely remembering the 83-51 drubbing they suffered to the Mustangs back on Jan. 5 with the hope their improved defensive performance can improve their chances of an upset.

SALTILLO GIRLS 34, LAKE CORMORANT 28: There were not a lot of points scored in the contest, but the Lady Gators keep impressing fans and coach Justin Neely with the steady improvement from the first part of the season.

“We’re doing a better job of taking care of the ball, being used to a system and keep running the system that we can run over again and get some easy buckets,” Neely said. “We run our motion offense and we’ll get open. We’ve also learned to play better together.”

Saltillo roared out to a 14-3 lead after one quarter and led 22-13 at halftime. The Lady Tigers were paced in scoring by Erin Wiggington with all of her game-high 11 points in the first half, points that included three three-pointers.

Meanwhile, Maleasha Liddell led Lake Cormorant with eight of her team-high 14 points in the first half.

In the second half, Liddell added six more points as the Lady Gators matched Saltillo’s scoring in the third period and held the visitors to just five points in the game’s final eight minutes.

“She (Liddell) is very aggressive on the floor and a lot of times she has to play a lot of minutes,” said Neely. “She doesn’t get many chances to get out of the game but she’s a great competitor.”