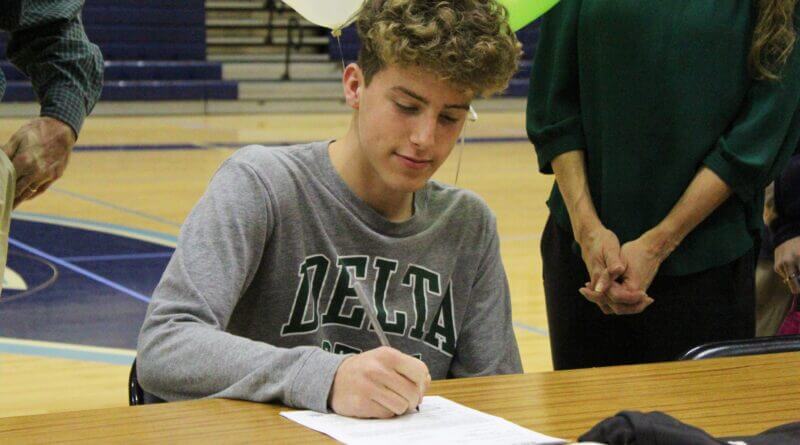 Cox has played competitive soccer since age 10 and started playing the sport as young as age five.

However, the coronavirus pandemic kept Cox and the rest of his Trojans’ teammates from playing last year, as spring sports were canceled. They’re excited about the start of their spring season at an Arlington, Tennessee tournament next weekend before their home opener March 23 at the new Dr. and Mrs. Clair E. Cox Soccer Field at Northpoint.

While the Trojans were not playing last season, Delta State has been in action and are playing a shortened schedule this spring.

Coached by Andy Robertson, who is in his fifth season at the school, this year’s Statesmen have one DeSoto County connection in former DeSoto Central player Grant Foley, although Foley is a senior on this year’s team.

When asked about what Robertson liked in Cox as a player, the Northpoint senior remarked, “They like my speed and athleticism and they also liked my shooting. I like their program and it’s close to my home.”

Northpoint coach Ethan McClure believes Cox’s skill set is valuable as a midfielder helping on the offensive attack and then coming back to help defend.

“I think they probably liked his work ethic and what he can do on the field,” McClure said. “He’s got one of the best engines on him as far as getting back and forth and is a very well-conditioned player to do both those roles.”
And Cox is fine with the running and responsibilities he has in his position.

“It’s a lot of running and you’ve got to stay fit for it,” Cox said. “It requires a lot of effort but I enjoy it.”