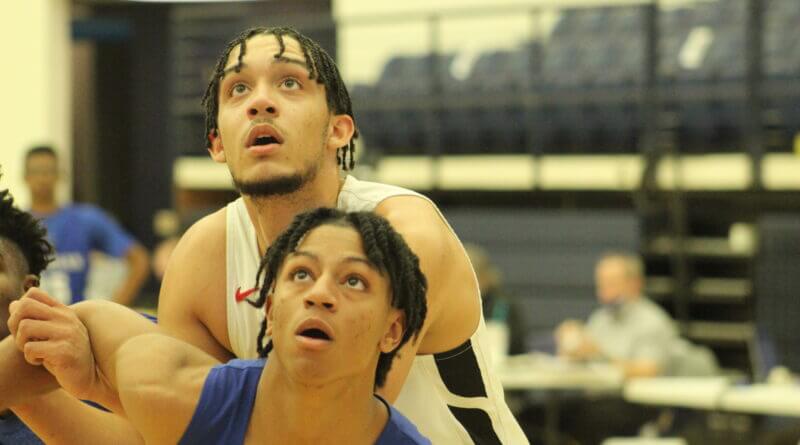 At this point in the high school basketball season, many coaches want their schedules to solely focus on district play and to get ready for the post-season tournament run in the state playoffs. They prefer not to put their squads anywhere that doesn’t mean another win in the district standings column.

The Newton Mealer-coached Center Hill Mustangs have disdain for that formula and actually will actively look for elite teams to add to the season’s schedule, not necessarily pad their season record. Those appearances the last couple of years have set the Mustangs up for playing in state championship contests at the end of the year.

For instance, this year’s Mustangs again played in the NXTLVL Hoops Fest in Nashville, where Center Hill won just one of three games this year after taking second last year against Briarcrest Christian, after defeating Brentwood Academy and Oak Hill.

Two years ago, Center Hill appeared in the prestigious Lighthouse Classic and also traveled to Kentucky to play an Indiana team at the West Kentucky Hoops Classic.

Another event the Mustangs have been involved in at the heart of the district schedule is the annual Rumble in the South, a daylong showcase of top Mississippi basketball talent and teams held each Martin Luther King Day at Mississippi College in Clinton.  Monday, Center Hill took on Meridian at the Rumble and came away with a 63-60 victory.

Here’s something to consider.  In 2019, Center Hill appeared at the Rumble in the South for the first time and dominated Petal 78-53.

Last year, the Mustangs suffered a one-point overtime loss to Starkville 75-74 in its second Rumble appearance.

Now consider this. In 2019, the Mustangs took home a 75-73 victory over Olive Branch for the 5A state championship won at Jackson’s Mississippi Coliseum after its win at the Rumble.

Last year, Center Hill struggled and lost 78-62 to Callaway for the 5A title in the 5A state finals at Ole Miss following its loss at the Rumble.

Coincidence? We certainly won’t know until March, but in the past couple of years, when Center Hill wins in the Rumble, it wins the state championship. When the Mustangs lose at the Rumble, they have lost in the state finals.

But, each of the past two years when Center Hill appears at the Rumble in the South, they have reached that final game.

“I think we’ve built our program to where people want Center Hill to come play,” Mealer said. “You want to play these games to make a run at a state championship and that’s the only reason I do this.”

Many teams play in holiday tournaments, but few DeSoto County teams tackle the aggressive and challenging tournament classic schedule the Mustangs have undergone in recent years.

It’s been the formula that has placed Center Hill in line to possibly celebrate championships when the days of March come around.

“Our district is important to us, but for us to get back to state championship games, we have to play high-quality teams,” Mealer said. “I don’t care about the record. I want to be playing in the state championship. Can we do it again this year? I don’t know, but the mindset is there and when you have a championship-quality program and guys leading the way, you’re going to have a lot of success.”

Monday, the Mustangs galloped out of the gates, putting the Wildcats on their haunches with an immediate 8-0 lead and a 23-13 advantage after one quarter.

Center Hill continued to pressure Meridian in the second quarter, holding the Wildcats to just nine points in the quarter and a 14-point, 36-22 lead into halftime.

It was Meridian that turned the pressure up in the second half in cutting the margin to 53-43 after three quarters, and the Wildcats held Center Hill to just 10 points while scoring 18 points in the final eight minutes, coming up just short when the final horn sounded.

Two players who have been keys to the Mustangs’ play the past several years came through again. Senior Zandon Haralson’s 18 points and the 17 points from senior Kaeden Laws led the way, especially when the game was on the line.  The 17 points from Laws included three treys. Haralson’s 18 points included a perfect 10-for-10 from the free throw line.

Elijah Marcisz scored a pair of three-pointers in the first half on his way to a 12 point performance and Tanner Burcham finished with 10 points, seven of which were in the second half.

Laws added eight rebounds and eight assists to be named the game’s MVP.

“When you have two veteran guys that are running your offense, it makes a really big difference against teams that maybe don’t have kids that have been in the program for years,” said Mealer. “Both of them (Haralson, Laws) down the stretch made some big plays and that kind of pushed the game out of reach.”

Mealer knows his team has to now strongly focus on district play for another round and three challenging non-district contests remaining before the district tournament and the state playoff run start in February.

But will Monday’s 63-60 victory over Meridian at the 2021 Rumble in the South mean another 5A Gold Ball is headed to 13250 Kirk Road? Certainly there’s no guarantee, but Mealer continually puts his team into these situations against top competition expecting the experiences will have the Mustangs ready when titles are on the line.

It’s been a formula that has provided dividends for the school on Kirk Road so far.