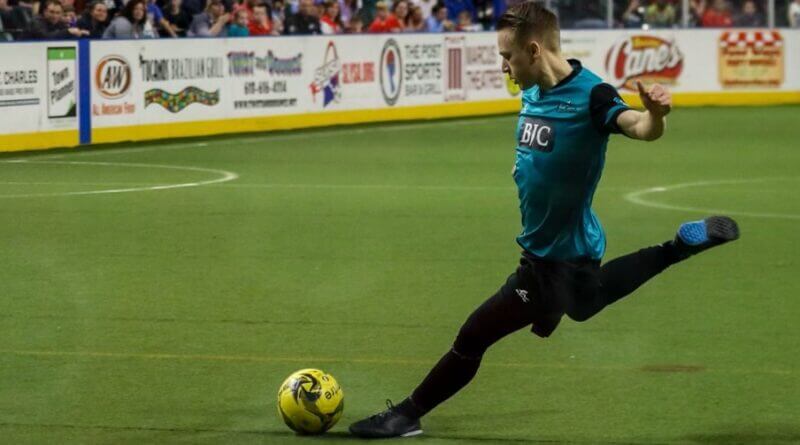 The Memphis Americans recently added another player to its men’s roster ahead of the home opener on Sunday, Dec. 26 against the Columbus Rapids.

Mike Scharf played collegiate soccer at Rhodes College in Memphis, Tennessee; Maryville University in St. Louis, Missouri; and Missouri University of Science and Technology in Rolla, Missouri. The St. Louis native was the captain of Maryville University’s team, and he led the Missouri S&T squad to become nationally ranked at No. 16 in NCAA Division II Soccer.

Scharf’s professional indoor soccer career began  with the Cedar Rapids Rampage, where he earned a roster spot late in the 2017-2018 season. In 2018, Scharf spent time with the Tacoma Stars and went on to play for his hometown team, the  St. Louis Ambush from 2019-2021. Over the years, Scharf has also played for teams across a variety of leagues, including the Southwest Florida Adrenaline, Kitsap SC Pumas and Nordvärmlands FF.

“The talent and experience that Mike has truly amazes,” said Andrew Haines, Memphis Americans co-owner and president. “His previous professional experience both in the states and internationally through his time spent in Sweden with Nordvärmlands FF will be a great asset to our organization.”

The Memphis Americans kick off their season in Southaven at the Landers Center with a doubleheader against the Columbus Rapids on Sunday, Dec. 26 at 3:30 p.m. Individual match tickets and season tickets are available for purchase online at www.memphisamericans.com. Each ticket grants entry to both the men’s and women’s matches.

Season tickets start at $180 and are currently available on the team’s website. Season ticket holders have access to all men’s and women’s matches, enjoy postseason and off-season priority access, can attend a meet and greet with the team, and receive a special inaugural season scarf.