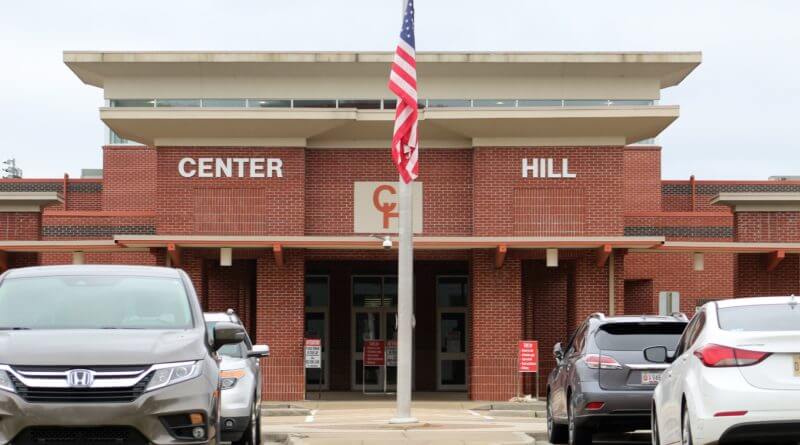 The school’s Board of Trustees approved the hire Wednesday afternoon and a news conference officially announcing the selection was scheduled for Thursday morning on the Jones College campus.

He replaces Randy Bolden, who became Mississippi College’s head coach in April after leading the Bobcats for four seasons.

“It’s just a life-changing contract that they’ve thrown at me,” Mealer said by phone Wednesday evening. “It’s just almost impossible to say no to it.”

Mealer, in 12 years on The Hill, has fashioned a dominating boys’ basketball program, not only in DeSoto County, but in the state of Mississippi.

During his time coaching the Mustangs, his teams have won one MHSAA 5A state championship, defeating county rival and favored Olive Branch 75-73 in the 2019 state title game. It was the school’s first-ever state basketball championship.

Center Hill also made the state championship game two other times with Mealer as coach and has a total of four Final Four state appearances.

Add to that, there have been eight Elite Eight appearances and eight times making the Sweet Sixteen round of the state playoffs. The Center Hill name has been commonly found among the perennial challengers for the boys’ state title trophy.

The new Jones College coach said there have been several offers to leave Center Hill over the years, but it was the offer to come to Ellisville that he couldn’t turn away.

“I played basketball at the University of Southern Mississippi,” Mealer explained. “I have lived around the Memphis area for most of my entire life, except for the time I was in Hattiesburg. My coaching career has got me going full circle back to where I played college basketball.

Mealer also believes he is going to one of the best junior college programs in Mississippi.

The 2018-19 season has to be the highlight of Mealer’s coaching career at Center Hill. The Mustangs won a last-second buzzer-beating heart-stopper over Olive Branch, 49-48, to win the 5A district tournament title in a game played at Northwest Mississippi Community College.

Center Hill moved on in the playoffs that year, eliminating Neshoba Central, Cleveland Central, and Hattiesburg before meeting Olive Branch again in the championship game at Mississippi Coliseum.

In what became the school’s best season ever at 31-3, two of the losses were to Olive Branch, both coming during the regular season.  The other loss that year was a 63-62 defeat to Starkville.

In the aftermath of the championship, Mealer was named NFHS Mississippi High School Boys Basketball Coach of the Year for the 2018-19 season, among other honors.

But Mealer said there were other highlights of his time on the Center Hill basketball bench.

“Building the program that was not known for basketball before was a very, very big thing for me on my to-do list,” Mealer said. “I think I’m leaving Center Hill better than I found it. I would say Center Hill is one of the top five jobs in the state.”

There were three coaches in the first three years of Center Hill’s existence, who each spent one season apiece, before Mealer came on the scene.

“It’s also the players I’ve had in our program,” said Mealer. “It’s the relationships we’ve built, the guys I’ve been able to move to the next level, those are the things that I cherish.”

From there, Mealer went to Southern Miss, where he played four years and in 78 games for the Golden Eagles.

He came to Center Hill from Germantown (Tenn.) High School, where he coached the Red Devils to back-to-back 20-win seasons and two appearances in the TSSAA regional quarterfinals. His team set a school season record of 24 wins.

Mealer was introduced Thursday morning on the college campus. The news conference is found on the Jones College YouTube channel.