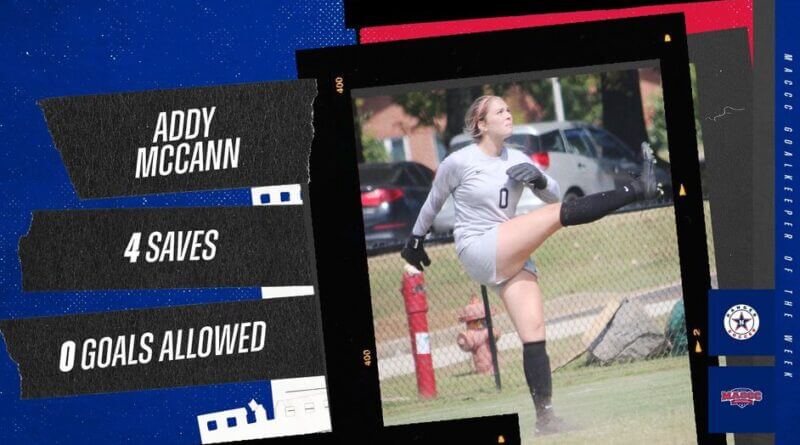 For the second time in less than a month, Northwest sophomore goalkeeper Addy McCann has been chosen as the MACCC Goalkeeper of the Week, the conference announced on Tuesday morning, Nov. 1.

McCann, a native of Hernando, has been an unstoppable force for the Lady Rangers over the past six matches, allowing no goals through the entire month of October. Last week, she stopped four shots in a 3-0 quarterfinal victory for Northwest, helping her team close out the month of October with a 20-0 scoring margin against their opponents.

For the season, McCann has collected 58 saves with just four goals allowed, notching a current save percentage of .935. Her season record stands at 11-1-2 with 15 career victories.

Ranked No. 6 in the nation, Northwest will travel to fourth-ranked Jones College on Friday, November 4 for a highly-anticipated Region 23 Semfinal showdown. The match is scheduled for a 5 P.M. start, with the winner facing either Holmes or Pearl River for the NJCAA Region 23 Championship on Sunday, November 6.

Coverage of Friday’s match can be seen through jcbobcats.com/watch.