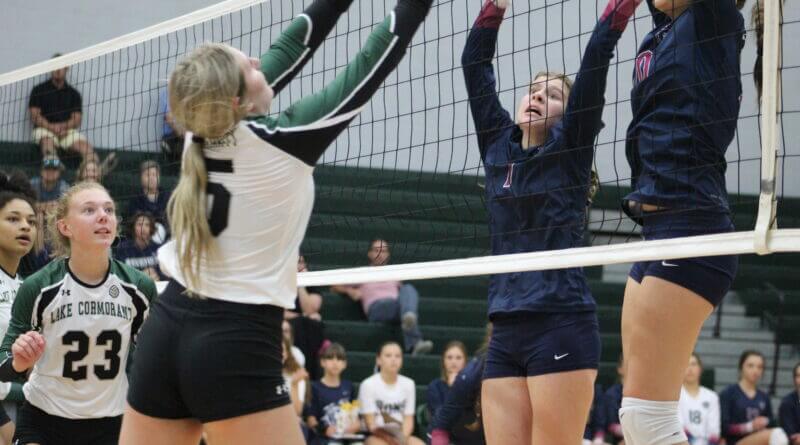 The Lady Gators, off to a 5-1 record after a four-set win over Oxford Regents in its home opener Tuesday night, are eyeing another shot at a state title this season.

“They’ve got really high goals and we’re just taking it one game at a time,” coach Christina Morgan said about her team Tuesday night. “I think we’ve got a little more firepower this year that will help. I think this team has a good mindset.”

But Morgan and Lake Cormorant also know the road to the state finals has to go through Lafayette, a team they’ll meet twice during the regular season as a district rival.

“We’ll see Lafayette again because they’re in our district, so we’re going to have to play them more aggressively than we did last year,” Morgan said.

“Lundyn Wilson is a senior for us and she’s a leader out on the court, but I have a lot of young players out there right now,” Morgan said. “They’re going out there and doing their job and they’re learning those leadership roles right now.”

The three other seniors on the roster are Adajah Morgan, Natalie Luckey, and Ivori Walls.

“I told them, ‘we have to be more aggressive at the net because they’re not going to give us anything,’” Morgan said.

Other reported scores from DeSoto County Tuesday night had Germantown (Madison) over DeSoto Central 3-0, Oxford over Lewisburg 3-0, and Southaven over Senatobia 3-1.