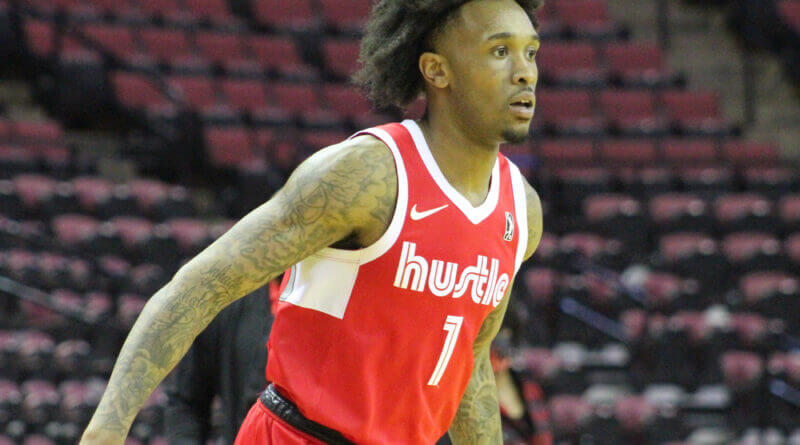 The Memphis Hustle (9-15) have a two-game winning streak on its seven-game road trip after Tuesday night’s 106-98 victory over the Stockton Kings (10-12) in California.

The Hustle held an 82-78 advantage heading into the fourth quarter, where they would earn the victory on the defensive end. Memphis limited Stockton to 20 points on 32 percent shooting, including 15.4 percent from 3-point range. Caver scored eight points in the final 7:15 of regulation and the Hustle outscored the Kings 10-2 from the free throw line to help seal the victory.

The Hustle led by 16 points in the third quarter before the Kings ripped off a 20-4 run to tie the game, 68-68, with 5:02 remaining in the quarter. Memphis immediately responded with the next seven points to regain control of the game.

The Hustle continue its seven-game road trip when they visit the South Bay Lakers on Thursday, March 10, at 9 p.m. CT on ESPN+.