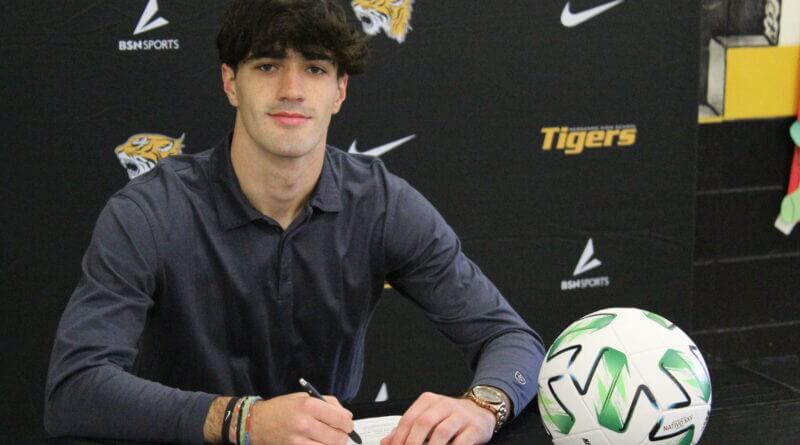 Hernando High School soccer player Mack Moore will continue his playing career next season as part of the Northwest Mississippi Community College Rangers. Moore, who plays primarily in a defensive role for the Tigers, becomes one of the first college signings for new boys’ soccer coach Logan Clark.

Moore can be expected to add a physical presence on the pitch for the Rangers, a team that struggled last season in men’s soccer, finishing with a record of 2-12-1 overall and was 2-5-1 in division play under Mark Hogan as coach.

Hogan came to Northwest about two years ago from Lake Cormorant High School, where he coached both boys and girls soccer.

Moore stepped back to a defensive role this season to take advantage of that physicality he brings.

“It’s a new spot for me this year,” Moore said. I’ve always played up top, midfield or striker, but I got moved back to defense this year and I really like it. It’s comfortable for me because I’m so physical.”

Moore will be studying to become a nurse while at Northwest.

“I really like the nursing program there, but I just wanted to play soccer there,” Moore said. “That’s all I’ve really wanted to do.”

Clark, a former soccer player when he played at Hernando High School, also like Moore’s speed and leadership skills.