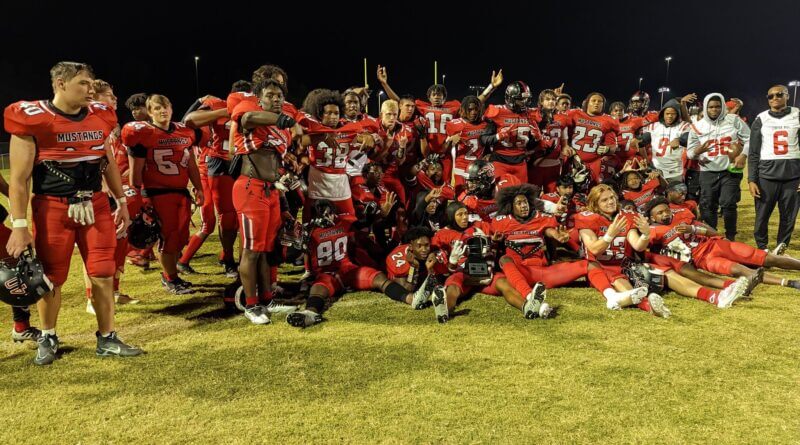 Friday’s high school action in DeSoto County set up a battle between the top two teams in MHSAA Region 1-6A next week when South Panola travels to Southaven to battle the Chargers.

That’s because both squads put up solid victories Friday night. South Panola posted a 34-14 victory over Olive Branch in the renewal of “Y’all vs. Us” at Pool Field, while Southaven spoiled Hernando’s homecoming in a 33-14 victory.

When they meet at 7 p.m. next Friday night, both teams enter with 2-0 region records. Southaven is 5-0 overall and has scored 30 or more points in each of the Chargers’ last four victories.

South Panola (4-1/ 2-0) enters the contest after rebounding from a 43-34 season-opening loss to Oxford to win four straight. The Tigers have also scored 30 or more points in three of its last four victories and 41 points twice, including a 41-0 shutout of Hernando back on Sept. 23.

Hernando entered their game against Southaven hoping to rebound from that loss and upset the Chargers, but Southaven opened the scoring in the first quarter with a one-yard scoring run from Cameron Jones-Maxwell for a 7-0 lead at the end of the quarter. The drive was set up by an interception that gave Southaven the football near midfield.

The lead was extended to 14-0 in the second quarter with Southaven digging into a bag of tricks. Running back Dontavious Brevard got the ball and lofted a pass that found Kaylon Jackson for what became a 49-yard pass play for a touchdown with 2:27 left in the first half for a 14-0 lead.

The Chargers would make it 20-0 in the third quarter on an 85-yard punt return by Omar Brand before the Tigers finally got on the board with Josh Humes taking a direct snap and power driving three yards into the end zone for Hernando’s first touchdown to make the score 20-7.

The game was put away in the fourth quarter, thanks to a six-yard touchdown run from quarterback Britton Stovall and Stovall’s six-yard pass play for a score to Derrick Sykes.

Hernando completed the scoring with a 26-yard touchdown pass from quarterback Landon Speck to Tyler Starnes with 4:15 remaining in the ball game.

In other games Friday night involving DeSoto County high schools, it was:

Next week’s schedule is as follows: