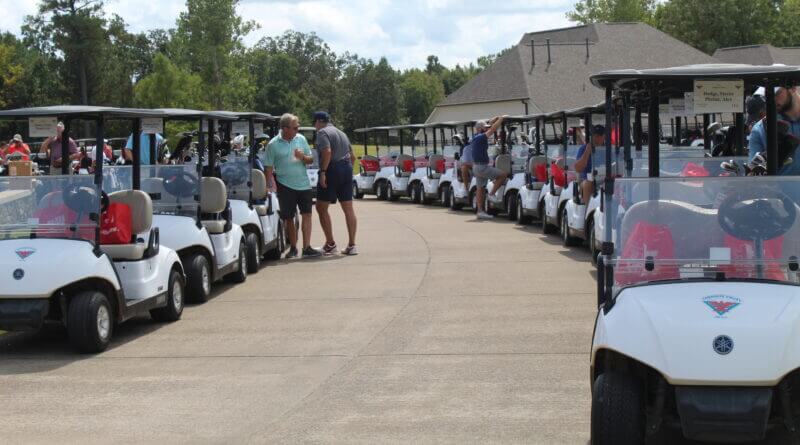 The Fellowship of Christian Athletes (FCA) of Northwest Mississippi held its annual State Qualifying Golf Scramble event at Cherokee Valley Golf Club in Olive Branch on Monday, Sept. 13. The event is one of main fundraiser activities, along with the annual FCA breakfast held at the Landers Center for its many activities.

Pictured are the winners from Monday’s golf scramble who are now eligible for the State Scramble at the Old Waverly course near West Point.

Before the afternoon tee times began their round, Bill Courtney spoke to the golfers. Courtney, a successful Mid-South businessman, is also an accomplished speaker. Courtney is also known as the volunteer football coach of the Manassas High School team, whose story became the subject of an Oscar-winning movie “Undefeated” and the book, “Against the Grain.”