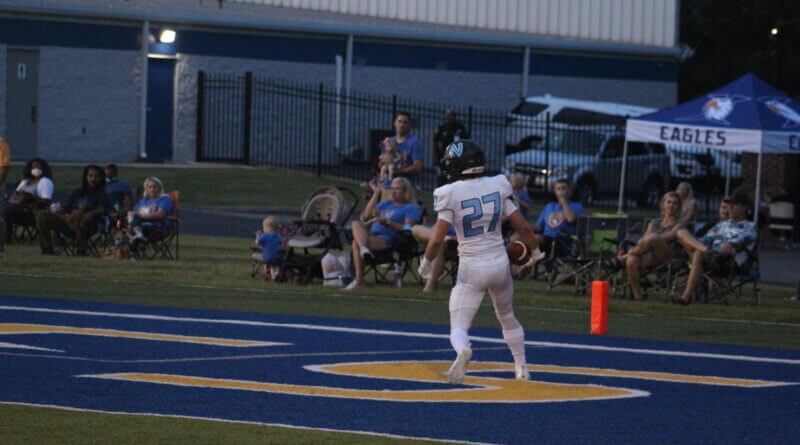 Northpoint Christian School’s football team was looking forward to being on its home field for their next game this week after three straight weeks on the road.

Following trips to Jackson, Tennessee Christian, Brighton, Tennessee, and Marshall County, Kentucky, the Trojans had to be excited about the chance to play on the home turf this week.

The opponent, Palestine-Wheatley, Arkansas, however, informed Northpoint officials that its football team would not be coming to Southaven for this Friday’s contest.

But, instead of taking a week off and the forfeit “W” in the win column, Trojans’ coach Tyler Gold was able to quickly get a new opponent for the now open date on the schedule.

However, instead of being at home for once, Northpoint will have to hit the road again, this time heading south to play at Water Valley.

A social media post explained the Palestine-Wheatley team was beset by several cases of coronavirus and also had a number of serious injuries in the Patriots’ 34-0 loss to Marked Tree, Arkansas on Friday night.

The Trojans now have to wait until Sept. 17 to play its first home game, against Greenville Christian, in Southaven.

The current Northpoint football road trip found success for the first time Friday night, Sept. 3, with a 42-7 victory at Murray County, Kentucky. The Trojans have a 1-2 record entering this week’s new matchup, but are averaging a blistering 55.6 points-per-game. In the two previous losses, Northpoint had been defeated by 10 and five points, respectively.

This latest schedule change is not the first time that COVID-19 has affected a DeSoto County school. Hernando’s opening game was moved to a road game at Neshoba Central due to coronavirus for its scheduled opposition, Center Hill had to travel to West Plains, Missouri, when its initial opponent had to cancel, and Olive Branch was forced to take a forfeit victory when Trezevant (Memphis) pulled out of the Conquistadors’ first game because of virus positive cases.

The link here has all of this year’s DeSoto County high school football scores and upcoming schedules.

VOLLEY IN THE VILLE: DeSoto Central and Lewisburg volleyball teams competed in the weekend “Volley in the Ville” tournament at Collierville, Tennessee High School.

DeSoto Central finished with a 3-2 record for the two-day event, after wins over St. George’s (Collierville, Tennessee), Lewisburg, and Dyer County, Tennessee.

Lewisburg finished with a 3-3 tournament record, with wins over Brentwood Academy, Tennessee (twice), and Buckhorn, Alabama. In addition to the loss to DeSoto Central, the Lady Patriots lost to St. Agnes, and Houston (Germantown, Tenn.).