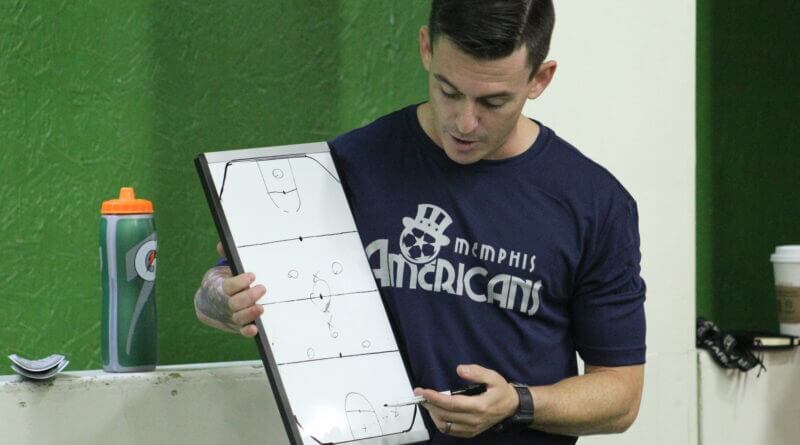 Adamson, who also played for the men’s team, finished second among players in the league in points (36), third in goals (14), first in assists (22) and tied for first in points per game average (2.3).

“It’s been such a rollercoaster of a year for me,” Adamson said. “While I am honored that it is my name attached to the Coach of the Year title, the award truly belongs to the players. Without the commitment, support, hard work and sacrifice of the players, coaches are absolutely nothing.”

Photo: Memphis Americans coach Corey Adamson reviews a drill during preseason tryout before the start of the season. Adamson is the NISL Coach of the Year. (Bob Bakken/DeSoto County Sports)