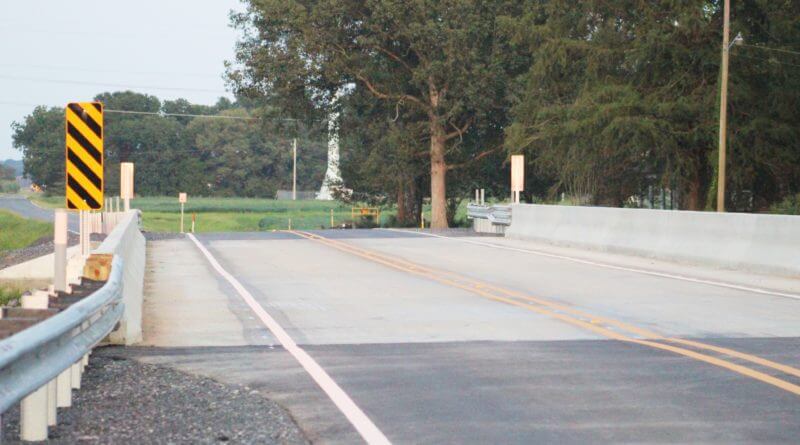 DeSoto County Supervisors have announced the completion of two major projects that will greatly improve the lives of people in DeSoto County; the Star Landing Road Bridge Replacement and Johnson Creek Greenway.

Thursday, Sept. 10 at 6:00 pm, Supervisors will celebrate the opening of the Star Landing Road Bridge that is located just west of U.S. Highway 61 over the Lake Cormorant Bayou near Walls. Construction began earlier this year and was just completed.

The prior bridge was constructed in 1957 and had aged to the point the weight limit dropped to just five tons.

“The weight limitation meant school buses had to take a 30 minute detour to pick up students and farmers couldn’t drive some of their equipment to the other side of the Bayou,” said District 4 Supervisor Lee Caldwell.

The nearly $2 million project is part of the Supervisors’ commitment to road and bridge safety.

“Public safety on our roads and bridges is always the county’s top priority,” said District 1 Supervisor and Board President Jessie Medlin.

Thursday, Sept. 10 at 6:45 PM dignitaries will travel less than five miles to mark the official opening of Johnson Creek Greenway. The Greenway features 1.79 miles of paved walking and bike trail that runs parallel to Johnson Creek.

The $1.2 million project was years in the making and features three pedestrian bridges.

“We are excited to provide a beautiful and safe area for families to exercise and enjoy nature at the same time,” said District 3 Supervisor Ray Denison.

The project was funded in part by the Federal Highway Administration. It was appropriated by the Mississippi Department of Transportation and the Memphis Metropolitan Planning Organization.

“We’re always glad to partner with DeSoto County and DCRUA,” said Commissioner John Caldwell, Northern Transportation District. “Multi-purpose projects and multi-use trails maximize the use of our resources in a way that benefits us all.”

This is just the first phase of the Johnson Creek Greenway. Supervisors hope to begin phase two next year. Eventually the Greenway will connect with other trails and greenways across the county.