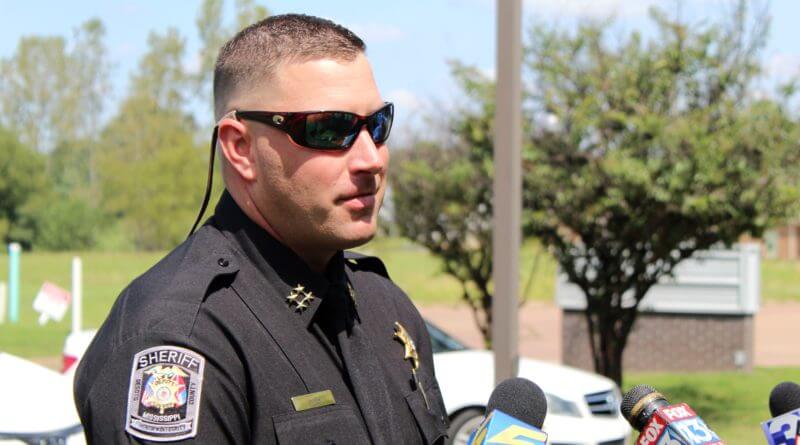 For six months since the coronavirus pandemic started, the DeSoto County Adult Detention Center in Hernando has been able to stay free of positive virus cases among its inmates and staff.

That changed this past weekend with the first reports of COVID-19 among 11 of 17 trustees incarcerated at the facility.

There are 434 inmates and about 100 jail staff at the DeSoto County facility. Chief Deputy Justin Smith Monday said that, over the weekend, officials became aware that some inmates who are part of the trusty work program may have the virus.

“Saturday morning, we received a couple of requests from inmates in the same pod that they were not feeling well and thought they may have had COVID, so we immediately got them tested,” Smith said. “We tested 17 inmates and 11 of those have tested positive. Two were showing symptoms of fever and body ache, but not serious symptoms, and nine are asymptomatic. They were immediately quarantined and are receiving better care than if they were not in our facility.”

Smith didn’t say exactly where the inmates may have contracted the virus, but trustees are part of a program that includes supervised work outside the Detention Center.

Because of the positive case discovery, no visitors are now allowed to come to the jail and inmates are restricted to their pods. Smith said masks have also been distributed to everyone inside the building.

“Everybody within the facility is now wearing a mask, all inmates and all staff,” Smith said. “Once we confirmed a positive case, they were issued masks and they are required to wear masks when they are interacting with other inmates. Prior to the confirmed positive cases, the only inmates who were issued masks were those that left the facility and they were screened every single time they came back in.”

Before the lockdown on visitation as a result of the positive case discoveries, visitors and staff entering the jail did undergo screening for coronavirus as they entered.

“If you’re walking in the door, you are immediately screened by medical staff before you’re allowed to enter,” Smith said. “We have followed CDC guidelines to avoid COVID-19 exposure in our facility. Inmates receive multiple screenings while they are in custody.”

DeSoto County jail officials said that the center is cleaned several times a day but with the positive case discovery, a regular deep-cleaning and deep sanitation of the jail now takes place.

“We have had a plan in place and we’ve been prepared for this since March,” Smith explained. “We’re doing everything we can to keep everybody safe and we’re taking all the measures within reason to make sure this doesn’t turn into something much bigger than what it is.”

As a result of the positive cases, county officials are now working with the state health department to do a mass testing of everyone, inmates and staff, at the jail, which is now literally on lockdown for everyone, unless they’re being released from custody.

“We have no intention of letting anybody out unless they’re being released from custody,” Smith said. “The 11 who are positive are now restricted and staff are restricted from contact. They’re mostly talking through the door to have contact with them. Those inmates have five medical checks a day and if there are any problems it’s more than that.”

The chief deputy added the inmates are being well taken care of as they remain in jail.

“We’ve done everything we can over the last six months to make sure this doesn’t happen but I guess it was an inevitability with how widespread it has become,” Smith stressed.  “We have a top-notch medical staff, they are now on top of this.”