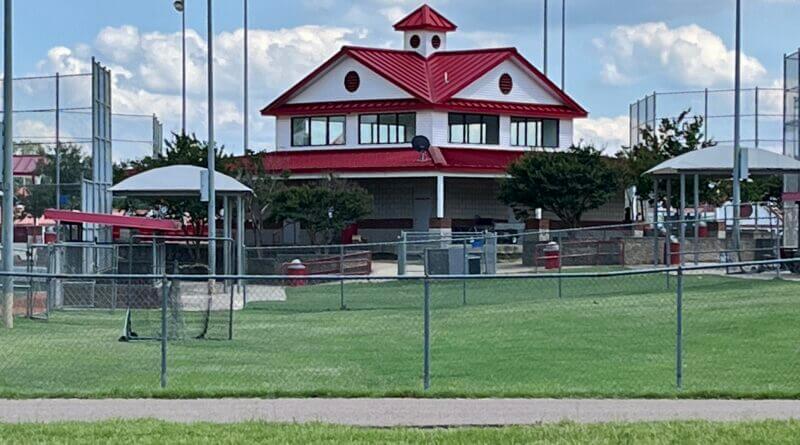 Musselwhite has proposed walking trails and pavilions for neighborhood parks, new roofs and maintenance work at Snowden Grove Park, and parking lot expansion for the Arena at Southaven be done during Fiscal Year 2022.

In the future following this fiscal year, LED lighting for Snowden Grove, additional tennis courts and a conversion of some existing courts to the growing sport of pickleball for FY 2023, black vinyl fencing for Snowden Grove and Greenbrook parks, and parking lot resurfacing at those two park facilities during Fiscal Year 2024.

Musselwhite calls the three items he’s proposed for Fiscal Year 2022 to be high priority items and defended the the parking lot expansion by pointing to the growth of volleyball at the arena and the lack of parking when volleyball tournaments are held there.

“On a Saturday we have so many more teams and participants that come into tournaments that parking is an absolute nightmare,” Musselwhite said.

The park enhancement plan has future items listed to be considered after 2026. Alderman William Jerome did suggest splash parks and dog parks be moved into the next four years, instead of being in the future vision past 2026.

That began a back-and-forth with Musselwhite, with the mayor saying, “Those are not big ticket items. Those are two things that we may work on from the operational front if we decide to do it because they are such low ticket items, but if you put those up there, what do you take off?”

To Musselwhite’s point, Jerome said he wanted to see funding sent to areas other than Snowden Grove.

“If you look at that top list, how many of them are for Snowden Grove?” Jerome said. “Outdoor tennis courts..Snowden. LED lights…Snowden. I want to do something else other than Snowden.”

But Musselwhite was adamant that Snowden Grove has a rightful place on the list for the investment and money it brings into the city. The mayor said 60 percent of the operating budget is money Snowden Grove brings in.

Fellow Alderman Kristian Kelly added Snowden Grove is not getting all of the money, either.

“If you look at the math part of it, 51 percent of that money is not going to Snowden Grove, but I understand where you are coming from,” Kelly said.

The city is expecting about $14.5 million in Penny for the Parks money to pay for the projects, but everything is contingent on funding, Musselwhite said. But Tuesday’s approval gives the mayor and Parks Director Wes Brown direction to move forward and bring them back to the board to approve actual implementation.

COMMERCIAL MEDICAL ZONE APPROVED: Southaven aldermen have moved another step closer to implementing the state’s new medical cannabis act, once it chooses to opt into the new law.

Aldermen Tuesday night voted to create a commercial medical zone that would determine where dispensaries could be located in the city.

Mississippi enacted a medical cannabis law in the 2022 legislative session to govern the production, sale and usage of cannabis for medical reasons in the state. The law allowed cities and counties to opt out of the bill before May 2, if it chose to. By opting out, the governing entities had the ability to opt back into the law at any point it chose to.

Southaven opted out due to zoning concerns about where dispensaries could be located, however at the time, Mayor Darren Musselwhite said he wanted the city to be part of the new law when the zoning questions were answered.

An opinion from Attorney General Lynn Fitch in April expressed Fitch’s understanding that local governments had more control on zoning under the law that was earlier believed.

Based on the opinion, city officials are moving forward toward a time when Southaven will embrace the law and opt in.

Tuesday, City Attorney Nick Manlow told aldermen the resolution creates a zone in the zoning ordinances but does not set the boundaries for the zone.

There has not been an indication when the city will again consider the medical cannabis law toward opting back into the law.

POLICE DEPARTMENT AT FULL STAFF: Musselwhite reported to the board that the police department has filled all of its vacancies on the force and is now at full capacity.

The mayor also expressed that the city has plans in place should a mass shooting happen, such as the recent school shootings in Uvalde, Texas. Musselwhite, while saying he won’t express publicly what those plans are, did say the city is ready to respond.