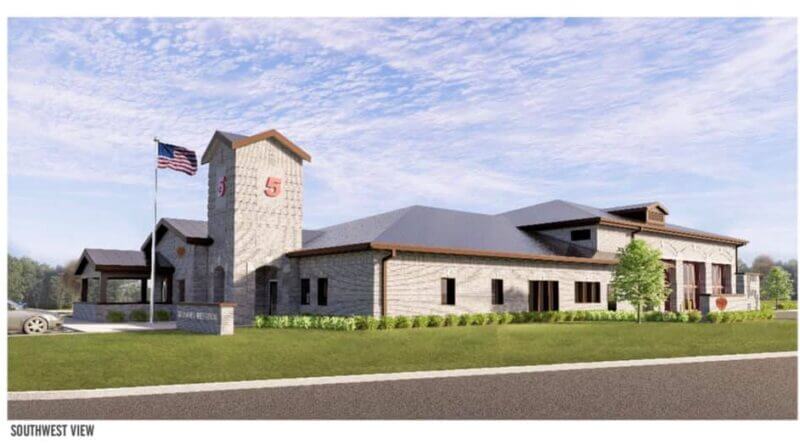 At a recent Southaven Board of Aldermen meeting, board members awarded a bid to Legacy Construction Services for construction of Fire Station #5, to be located on Star Landing Road near the water tower west of Getwell Road.  The Legacy bid was for more than $3.8 million, which was under the $4.5 million budget for the project.

The fire station has been in the city’s plans for some time with the expectation of continued growth on Southaven’s southside.  When the recession of 2008 hit, plans were put on the shelf for the project until six years later, when the economy improved and the city could start moving forward with the project.

The building was designed with a dual-front design to accommodate future road changes with Star Landing. Construction is expected to start within the next 45 days and should be finished by the end of the year.

In a Facebook post announcing the move, Mayor Darren Musselwhite said the addition of the fire station, along with fire hydrant expanison plans and adoption of the most recent building codes, should help improve the city’s fire rating, which Class 3 is already an excellent rating among Mississippi cities.

“Currently, there are only five cities in Mississippi with a rating this high (low number means high),” Musselwhite said. “Moving to a “Class 2” would make us the best rated fire department in Mississippi, along with only Hattiesburg and Biloxi.”

“I’m extremely proud of the outstanding men and women in our Fire Department and this new facility will help them continue with the highest standard of excellence,” said Musselwhite.