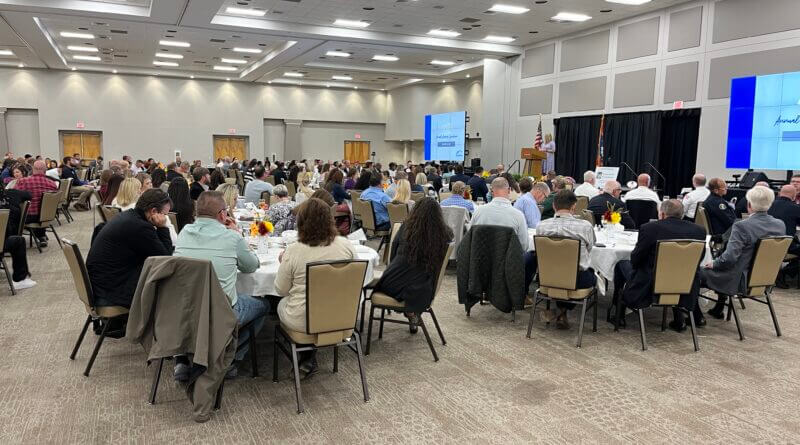 The Southaven Chamber of Commerce presented its annual awards Wednesday during its Awards Luncheon at the Landers Center.

Following are the persons or businesses that were recognized as award winners:

Musselwhite also briefly highlighted the past year in Southaven, a year that saw higher sales tax receipts and business permits, along with a return in building permit numbers to levels not seen since 2007.

King gave a Year in Review about Chamber activities, which included the addition of staff members Cristan Engelke and Shawntel Hibbler, the addition of 133 new members and a member retention rate of 86 percent.

King also mentioned that the Chamber has held 79 events in the past 12 months, including the Christmas parade.

A golf tournament was a first for the Chamber and it raised more than $10,000 toward a Chamber Foundation, which is being formed in the next year.