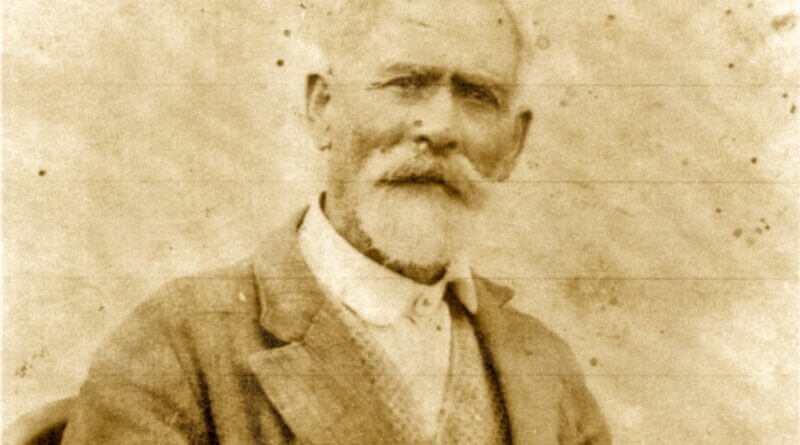 In 2023, DeSoto County voters will be electing a new sheriff with current Sheriff Bill Rasco stating he is not running for re-election.

Both have law enforcement backgrounds. Lee was a 20-year veteran of the Sheriff’s Department, moving up the ladder from patrolman to Assistant Chief Deputy. He also was the commander of the narcotics division, jail administrator, and was Chief Investigator.  Lee’s background also includes time as a bodyguard to music legend Jerry Lee Lewis and as a professional wrestler.

Tuggle also has an extensive military and law enforcement background. The Hernando native’s career has seen him as a Marine, a Hernando police officer, a Highway Patrol trooper, then to the state Department of Public Safety and then back to the Highway Patrol with the MLEOTA, where he has been since 2017.

The upcoming election race will also have the possible historic precedence of having an African-American candidate elected for the first time since reconstruction.

If elected, Tuggle would become the first Sheriff of color in DeSoto County since Jefferson J. Evans held the position in 1873. That’s according to DeSoto County Museum curator Robert Long, who offered the following information when requested by DeSoto County News:

Born into slavery in 1844, Jefferson J. Evans was elected on Nov. 4, 1873 as DeSoto County’s first and only person of color to be elected as Sheriff of DeSoto County. At age 29 and just eight years being emancipated from the institution of slavery, Evans was elected Sheriff during the American Reconstruction Period, 1865-1876, when Mississippi was governed by the Republican Party, also known as Radical Republican rule. He was only one of 12 African-American sheriffs elected statewide during Reconstruction.

Evans formerly lived life as a slave on the DeSoto County plantation of white landowner R.E. Doggett, Sr. According to U.S. Census records, Doggett possessed a total of 51 slaves on his plantation, including Evans and his immediate family members. Evans’ father was a slave born in Virginia to a slave mother and a white plantation owner in Didwiddie County, Virginia, who is also believed to be Evans’ paternal grandfather and the person for whom Evans is named. Evans’ mother was a slave born in Tennessee.

Evans was considered to be a congenial man, very capable and good at his job, and he was described by historians and government officials alike as a man of “intelligence and independence.” Evans, unlike many former slaves, was an educated man of his times in that he could both read and write. He enjoyed the support of several prominent community leaders, including Thomas Simpson Tate, a local White Republican and an abolitionist who was the founder of neighboring Tate County. Evans was elected by the people, Black and White, and a citizenry which included former African American slaves who could vote for the first time.

As a man of color in the years immediately after the American Civil War, Evans had to navigate the tumultuous times of the Reconstruction Period in which the balance of power was shared by White and Black office-holders, both Republican and Democrat. This was also a time when the Ku Klux Klan and other terrorist organizations were active, including a local White militia unit known as the DeSoto Blues which) sought to usurp so-called “scalawag” rule.  Evans found himself the target of White supremacists who attempted to slander his name and cast doubt on his abilities. Evans served just one term, with R.R. West was installed as Sheriff shortly thereafter.

In the U.S. Census of 1910, Jefferson J. Evans is listed as being 66 years old and married to his second wife Susan, aged 37, in the Beat 5 Supervisory District of DeSoto County. Evans is believed to be buried in an unmarked grave at Union Hill Missionary Baptist Church in the Eudora Community where he also served as the church’s former pastor. While his exact death date is uncertain, he is believed to have lived until the age of 70, putting his death at about the year 1913.