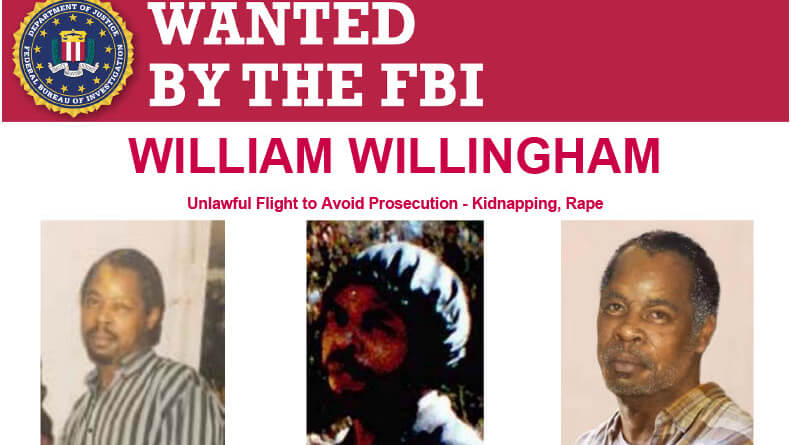 A search continues for a man connected to a kidnapping and rape case from Tate County dating back to 1998.

The FBI has released a new wanted poster for William Willingham, a poster with an age-enhanced image of what Willingham might look like now at the age of 60.

According to the FBI, Willingham is alleged in December 1998 to have tied his girlfriend up in her bedroom at her residence and then went to the next room to rape her daughter.

The girlfriend freed herself but Willingham then displayed a knife, forced her back into her room, and then continued to rape the daughter.

A Tate County grand jury indicted Willingham on statuatory rape and kidnapping charges in March 1999 and a federal arrest warrant was issued after Willingham was charged with unlawful flight to avoid prosecution.

According to the new wanted poster, Willingham has ties to Memphis and may travel to Arkansas and Alabama. He reportedly is a heavy drinker and uses drugs. He is known to carry a 12-inch knife and should be considered armed and dangerous.

The FBI is offering a reward of up to $10,000 for information leading to the arrest of William Willingham.

If you have any information concerning this person, contact your local FBI office or the nearest American Embassy or Consulate.