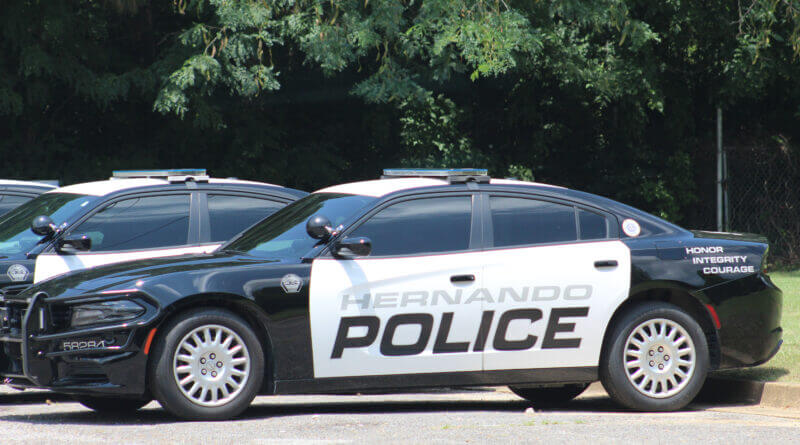 The City of Hernando, its police department, police chief, and a Hernando police officer, are now facing two lawsuits connected to the alleged actions of an officer in traffic stops and resulting chases.

The latest legal action was filed by Adrian Hoyle of Memphis, who is accusing the police department and Officer Lynn Brown in particular of excessive force in a stop made in September of last year.

Officers were chasing Hoyle for a traffic light violation. The car Hoyle was driving in lost control and collided with two patrol cars.

Hoyle, in the lawsuit, says he complied with the directions of the officers as he was trying to leave the vehicle. However, Hoyle claims Brown directed his K-9 dog to attack and officers physically attacked Hoyle, who also claimed he was verbally abused, as well.

The lawsuit states Hoyle is seeking damages in the amount of $5 million for serious physical and mental injuries he sustained as the result of the attack. He also is asking for $5 million in punitive damages. A jury trial has been requested in the case.

Attorneys for the Hernando defendants did file a response to the lawsuit, calling it “misleading,” and a “total sham,” adding that the case should be dismissed. The response said Hoyle’s claim did not include the facts that he stole a car, ran a stop light, led officers on an eight-minute chase that ended when he lost control of the stolen vehicle and crashed into two police cruisers.

The City said Hoyle admitted he had stolen the vehicle in Memphis.  Officers charged Hoyle with felony fleeing and possession of stolen property. Two charges of assaulting an officer were later added against Hoyle.

In the response, the City claims there was no constitutional violation that Hoyle can prove. The claim is also that no excessive force was used and that Hoyle “blatantly mischaracterizes the events” of the incident.

The document, dated Sept. 14, seeks all claims brought by Hoyle to be dismissed.

Brown, the City, police department and police chief are already facing a legal challenge in another case. The mothers of two men who died in an accident during a chase Brown was involved in from 2019, have brought suit. They claim Jesse White and Kristopher Ford wrongfully died when a car they were in during a police chase flipped over and crashed.

DeSoto County News reported on the lawsuit back in July 2021.

The case dates back to July 2019 when an officer attempted a traffic stop of a vehicle on Highway 51, south of Commerce Street. When the vehicle sped away, the officer pursued it at speeds of up to 100 miles-per-hour. It was at that point the chase was called off.

However, according to the claims of White’s and Ford’s mothers Linda White and Kathryn Bonds, Brown continued the pursuit even when he knew it had been terminated and for the excessive speed and threat to public safety reasons.

The chase continued onto the wrong lanes of I-55, where the vehicle eventually lost control, flipped, and White and Ford were both killed as a result.

The defendants are seeking $3 million to each family for the loss of their sons. They are also seeking $12 million in punitive damages, along with $25,000 for funeral expenses. A jury trial is also sought in this case.

No additional comments have been made as the cases wind their way through the legal system.