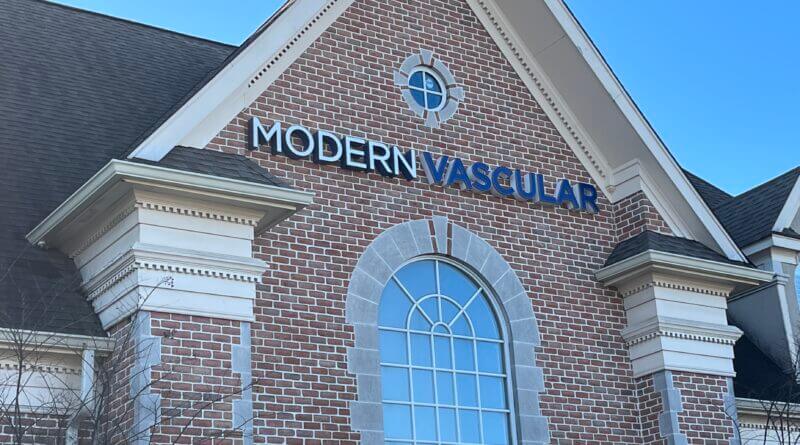 Photo: The Modern Vascular office in Southaven. It is listed among the 20 Modern Vascular entities that are accused of violating the federal False Claims Act by the U.S. Department of Justice. (Bob Bakken/desotocountynews.com)

Office-based labs, such as the ones named as defendants, according to a news release from the U.S. Department of Justice, are an extension of a physician’s office where physicians conduct examinations and procedures on an ambulatory basis.

The United States’ complaint alleges that from at least Jan. 1, 2018, through June 30, 2022, Gampel and the Modern Vascular defendants offered physicians the opportunity to invest in Modern Vascular office-based labs to induce them to refer their Medicare and TRICARE patients to Modern Vascular for the treatment of peripheral arterial disease.

The complaint also alleges that Gampel pressured vascular surgeons and interventional radiologists employed at the Modern Vascular office-based labs to increase the number of invasive surgical procedures performed by tracking procedures and setting aggressive weekly and monthly goals for such procedures.

“Improper financial arrangements between health care providers and referring physicians can lead to overutilization and increase the cost of healthcare services paid by taxpayers,” said Principal Deputy Assistant Attorney General Brian M. Boynton, head of the Justice Department’s Civil Division. “We will continue to ensure that health care decisions are based on the needs of patients and not the financial interests of providers.”

Four listings of estimated payments to Modern Vascular in Southaven from TRICARE ranging from $638 up to more than $13,000 were listed to the Modern Vascular Southaven location in the complaint. The approximate dates of the first billed claims were from August 2020 to December 2021.

Deputy Assistant Director Aaron Tapp of the FBI’s Criminal Investigative Division said in the release, “The FBI and our law enforcement partners will continue to investigate those who abuse our healthcare systems, place patients at risk, and waste taxpayer dollars.”

A jury trial in Arizona is being requested by the United States, which adds, “The claims asserted in this action are allegations only and there has been no determination of liability.”

The United States filed its complaint in three consolidated lawsuits pending in the United States District Court for the District of Arizona under the qui tam, or whistleblower, provisions of the False Claims Act. Under the Act, a private citizen can sue on behalf of the government and share in any recovery. The United States is also entitled to intervene in the lawsuits, as it did in these cases.

An investigative journalism website, Searchlight New Mexico, reported on its coverage of the alleged fraud scheme and stated that some of its findings were quoted as part of the federal complaint.

You can read the news release from the U.S. Department of Justice here. The legal complaint filed in Arizona federal court is found here.

AZCentral.com requested a response from Gampel, and a reporter got an email response from a Modern Vascular attorney stating the complaint “lacks merit and that its business practices are compliant with the spirit and the letter of the law,” said attorney Jed Dwyer.

The complete response was posted by AZCentral.com in its story about the complaint, which you can read here.