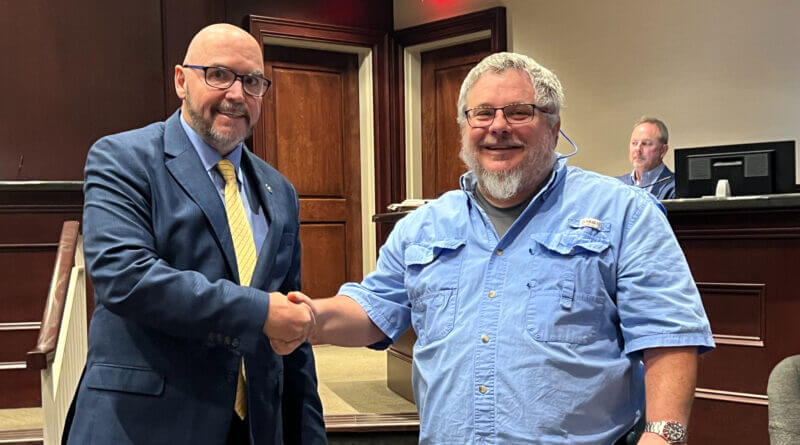 In presenting the award, Adams said that Mitchell spotted smoke while on a meter installation call on Nov. 16.

Mitchell headed in that direction and ran upwind of the fire with a fire extinguisher to put it out before it became a larger problem.

Mitchell was presented with the Mayor’s Award for the month of November at Tuesday’s Board of Aldermen meeting for his actions representing the city. The $200 monetary award is provided to the Mayor through donations and no city funds are used.