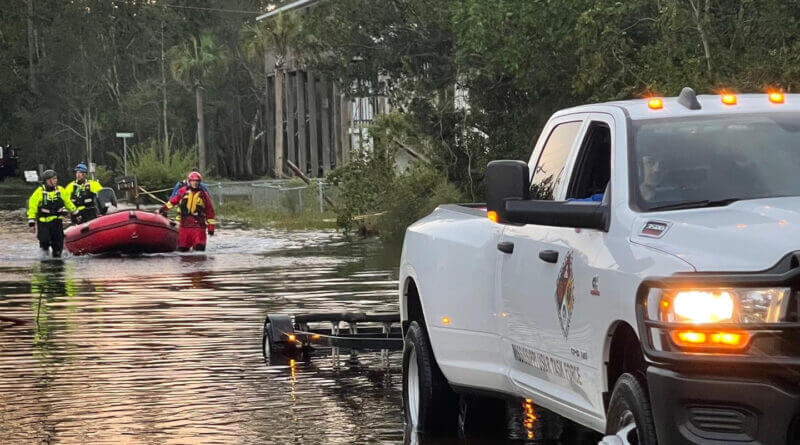 TUESDAY, Aug. 31 (3 p.m.) update: DeSoto County EMA Director Chris Olson tells us that Mississippi Task Force 1 has been released from its duties and is heading home.

MSTF1 was called in to help with the challenging recovery of two deceased victims from a mangled vehicle. Task force members used ladders and ropes to get down to the ravine. They also worked alongside the crane company to rig and remove the seven vehicles.  Many of the vehicles were stacked on top of each other, making the recovery process extremely difficult.

The team is currently driving back to the staging area after working all night. MSTF1 should begin the demobilization process Wednesday if the river and flash flood threat subsides.

MONDAY, Aug. 30 update: Members of Mississippi Task Force 1, stationed along the Gulf Coast, has been active in search and rescue operations in the aftermath of Hurricane Ida.

A update was posted on the group’s Facebook page late Monday night.

They have performed several water rescues from homes and vehicles – they have also helped people who were trapped in homes by fallen trees.