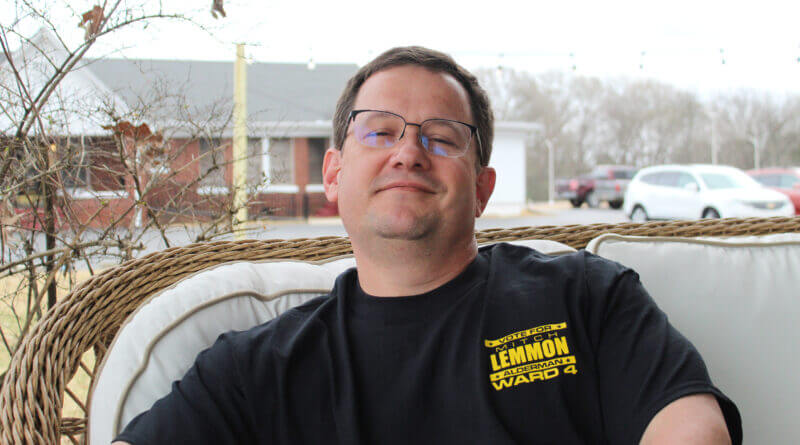 The following information comes after an interview with the candidate. Answers may have been edited for clarity but not for content.

Q. Why did you decide to get into the campaign and run for aldermen?

A lot of curiosity and a lot of encouragement from family, close friends, and my co-workers have told me they thought I’d be pretty amazing at it, so I decided to go ahead and throw my name in the ring.

Q. Have you gotten a lot of support for your decision?

Surprised, thankful and humbling. Very humbling to be quite honest.

Q. What are some of the things you’d like to see happening in Hernando?

Since I have a public safety background, I look at it like this. To my knowledge, and forgive me if I am wrong, but there’s never been an active police or fire personnel who’s been sitting on the board (of aldermen). If we have an incident here, weather-related with a lot of power outages, I feel like I can assist, not only the mayor, but the board as well, in looking at it out of a different set of eyes.  My skill set is unique to the table where if something really bad happens and there needs some outside agencies, local, state, or federal, I can advise the mayor and board. Hernando is very fortunate to have the police chief and fire chief that we have and I have no question that they can handle any incident where the need for resources exceeds the event.

Other candidates have talked about transparency in their campaigns, and I’m 1,000 percent for that. I think people, citizens and taxpayers over the years have become somewhat distrustful of whom they elect.  I want it to be where there’s zero questions. Everything is 100 percent in front of them and nothing is influenced.

I am 100 percent self-funded. I have taken zero money from anyone and I did that for several reasons. I do not want the people of Hernando to believe that I have an agenda or that I was influenced by a particular agenda. My agenda is pretty simple: I want to build upon the trust of the public that we have now.  I believe we can build up our parks and recreation department to where the children here have zero reason to ever have to go to Southaven, to Oxford, or Senatobia to play sports. There’s no reason for that.

What they do in those communities benefits the city in fees but also the neighboring businesses, places to eat, one-stop shops, things like that.

Q. How do you see the city’s financial situation?

This budget has operated in the time I have been here on pretty much a neutral budget with very little excess revenue. The board needs to look at how we can add to it. I want to build upon what my predecessors have established. I think it can be done. I don’t think we’re looking at anything that will cause a raise in property taxes. There needs to be a comprehensive review of our infrastructure here, our water, our sewage. Are there issues, will there be issues, and how can we budget for those issues? I’ve spoken to virtually all of the candidates and for the most part, we’re all on the same page. Everybody has their little bit of differences but for the most part, everyone’s pro-public safety and they want to improve our parks.

Q. How do you feel about the city’s growth?

We can’t stop growth but we can control growth.  You have to control growth in the right way to where it benefits the city of Hernando and its residents first. That’s not only with residential growth but commercial building as well. I would like to see Hernando attract career-oriented growth, meaning when someone takes a job, that’s a career job, not a ‘work until something better comes along-type job.’

Q. What do you think about AWG coming out to Hernando?
I think that’s a great thing. It will be a great addition to the community. Their jobs will benefit the good people of Hernando. You have a staple now that’s being built in your community where people can have a career job and come back to their home within 10 minutes.

Q. What about the traffic on Commerce Street?

It gets a little taxing on the nerves from 8-9 a.m., 12 noon-1 p.m., and 4:30-5:30 p.m. I would like to think that the I-269 interchange is going to relieve some of that. I do not know what is the 5-10 year plan for the I-55 interchange to relieve some of that congestion, whether making the interstate wider. It would be unfair for me to say one way or another.  It’s a reality that’s past due. You need to address it. What is the impact on the community negatively while construction is going on, and then positively once it’s completed? Widening Highway 51 to Nesbit including a turning lane is long overdue.

Hernando needs to be a proactive, not a reactive city. Our city’s bureau heads need to be on the same page, meaning if we have a significant event here, weather or storm-related, for instance, we need to be on the same page. This city will be better served if the board and all of the bureau managers are pulling on the same rope.  At the end of the day, it’s about the citizens and serving them and leaving the city better than how we found it.

This is a paid political advertisement paid for by the candidate.