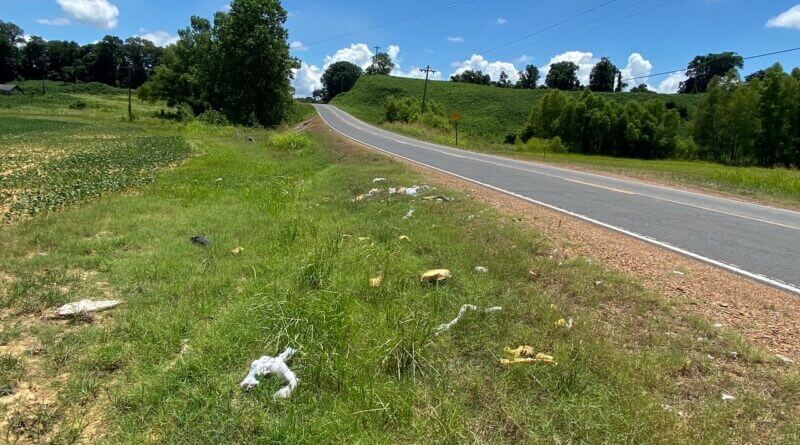 Laughter showed Supervisors photographic evidence of what his department is finding along county roads recently. Some of the photos are shown here.

The county has made a concerted effort to fight against littering in recent years. A combination of county and city officials in 2015 formed Keep DeSoto County Beautiful with a 10-member board to promote clean-up efforts. A cleaner landscape helps promote better property values, deters crime and invites economic development. But Laughter said citizen involvement is sometimes difficult to get.

However, he said the fight will continue.

Much of the issue right now concerns construction sites and trucks leaving those sites.  Laughter calls it part of the “growing pains” of living in a growing county.

Trucks are sometimes not covered and sometimes they may be covered but litter still blows through from underneath the tarp. Laughter said the truck drivers can be cited if law enforcement takes notice and chooses to write a ticket.

“We’re going to talk to the Sheriff’s Department and police forces just to tell them that if they see a truck that’s out working to make sure their trucks are covered because they can write tickets on that,” said Laughter. “That’s their decision if they want to do that.”

He said you’ll find trusty labor out and county crews every day working to pick up trash off the roadways.

But the Environmental Services Director hopes residents will remember to not litter and help the county stay neat and clean for everyone’s benefit.

It’s something the Board (of Supervisors) has invested in,” Laughter said.  “We do all that we can to keep up.”