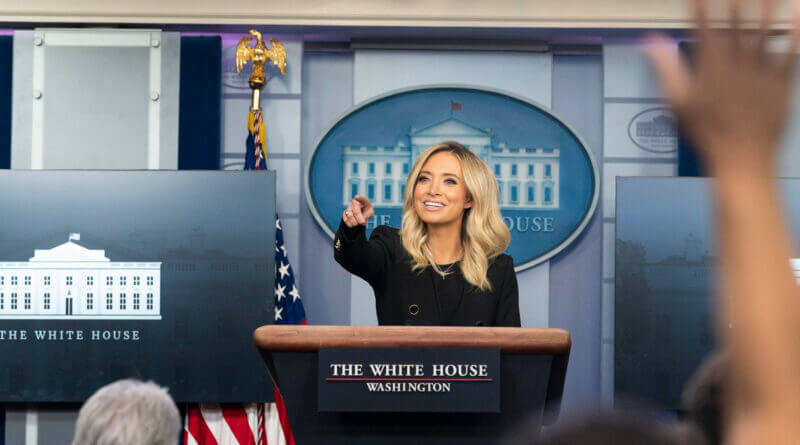 Kayleigh is the former White House Press Secretary, serving in the final year of President Donald Trump’s administration. Prior to working in the White House, Kayleigh worked as the National Press Secretary for the Trump Campaign and formerly the National Spokesperson for the Republican National Committee. Before joining the RNC, Kayleigh worked as a political commentator at CNN and across cable news.

Kayleigh graduated from Harvard Law School with a Juris Doctor and from Georgetown University School of Foreign Services with a degree in international politics. She is now co-host of “Outnumbered” on the Fox News Channel and the author of the new book, “For Such a Time as This: My Faith Journey through the White House and Beyond.”

“We are excited to have Kayleigh as our speaker for our first annual dinner that will also help benefit the Palmer Home,” said club member Jordan Brumbelow. “She is such a great, conservative role model to young women who are looking to make a difference in the Republican Party.  We look forward to hearing about her new book, her time at the White House and how she relies on her faith in her career.”

County Seat Lunch Club, founded by Chad Wicker, Ben Piper, Doc Harris and Jordan Brumbelow, often hosts well-known business, local and state leaders for lunch in Hernando, the County Seat, at Hernando Golf & Racquet Club. This year’s dinner will be the first annual and remaining proceeds will go to benefit Palmer Home for Children. Dinner will be at 6:30 pm and sponsorships and tickets are expected to go fast.

Tickets can be purchased here: https://www.eventbrite.com/e/an-evening-with-kayleigh-mcenany-registration-237737137177.

For more information, please contact Krista Golightly. Kayleigh McEnany is appearing at this event only as a featured speaker and is not asking for funds or donations.