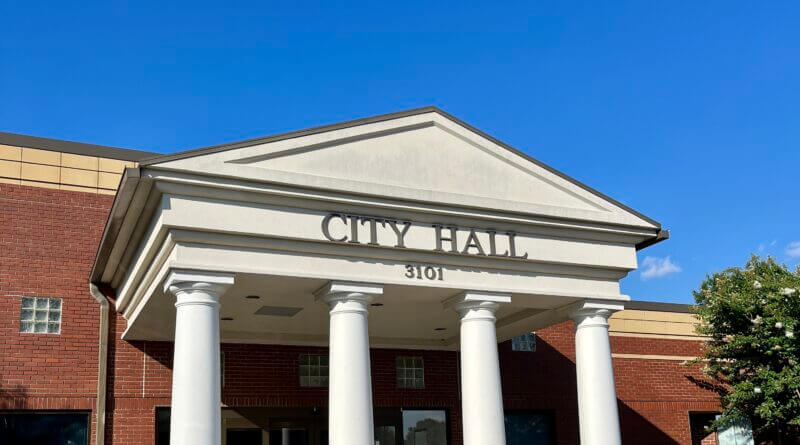 If you buy fireworks in Horn Lake and the ordinance about its proper use in the city is not provided, you and the seller are going to be in trouble; the vendor for what they’re not telling you, and you could face issues if you’re using them after permitted hours.

Adjustments in the city’s fireworks ordinance avoided a move by Alderman Jackie Bostick for a complete ban on discharging fireworks and later another move by Bostick to have a more strict deadline for usage during the July 4 and New Year’s holiday. But vendors will be more strictly required to provide what allowances the city has for fireworks use in the city.

Bostick continues to be a strong opponent of fireworks use in Horn Lake, pointing to how fireworks are misused, its use continues days after the holiday, even as late as Monday night, its effect on some people and on pets, and in the past year, how misused fireworks destroyed a home in the city.

At the last board meeting, Bostick said he visited some of the vendors and found many were not closely following the ordinance requiring purchasers to be made aware of the city restrictions the board approved earlier in the year.

“Firecrackers that are shot off are so enormous that it really affects people mentally and we’re here to look out for the safety of all of this community,” Bostick said.

Alderman Robby Dupree seconded the motion but they were the only board members to vote for a complete discharge ban. However, Dupree did point out that not all vendors were not following part of the ordinance that requires them to provide usage restrictions.

“They are not abiding by our wishes,” said Dupree. “They were supposed to hand out ordinances with every purchase. It wasn’t done. In my opinion, a lot of people didn’t know (about the ordinance) because it wasn’t done.”

Dupree did compliment American Fireworks and Dale Wilson for spending $25,000, Dupree said, for plastic bags with the ordinance printed on them for purchasers.  Dupree went on to say that the law needs to be enforced.

What followed was a motion to more strictly require that the ordinance be given to each purchaser by each vendor and that professionally-made signs, not handmade signs, be placed at each vendor location, before they are allowed to sell fireworks.

Another move by Bostick to restrict fireworks usage to 10 p.m. on the nights they are allowed, except for a 1 a.m. New Year’s morning deadline, was also defeated. However, Bostick did have the end time for July 4 changed to 11:59 p.m. That move came after confusion with the wording that had the cutoff time as 12 midnight on July 5, with some thinking fireworks could be used overnight on the morning of July 5.

A committee that includes Aldermen Dave Young and Michael Guice explained some of the highlights of what would be a proposal to bring back to the full board.

“Operational hours would be from 10 a.m.-10 p.m. Monday-Saturday and closed every Sunday and every holiday as recognized by the state of Mississippi and the City of Horn Lake,” Young said. “Locations for retail would be not located within 2,500 feet of any church, school, or day care, with no exceptions. There must be security, armed guards and video surveillance, exterior and interior at all times.”

During citizen comments, one resident asked the distance restriction be reduced because it would other shut her out of setting up a dispensary.

The discussion will continue with no decision made at Tuesday’s meeting.

HORN LAKE DEVELOPMENT TOUTED: Development Director T.J. Cates presented a report on some of the things that are happening in the city.  Cates pointed to several projects, including the Chickasaw Park nature park that would also tout the city’s historic ties with the Chickasaw Nation of Native Americans.

He talked about projects, such as a proposed Allen Road project with shopping near Goodman Road, a Chicago investor’s plans to tear down and rebuild a building at 2020 Goodman Road West, a DeSoto Commons project that includes hotels, an RV park, fuel station, and more. There are also plans in the works for two more hotels in the area.

Cates also presented a two-minute promotional video to the board that shows advantages to being in Horn Lake.

IN OTHER ACTION… Aldermen approved a request from Shelby Wilkerson of American Fireworks for a fireworks show at Latimer Lakes Park on Nov. 12 as part of a Coats for Kids event that was last held in February.  Three planning and zoning proposals were approved, although two met with some resistance. A request from Janice Willis to change a previously approved location of a conditional use for an event center and church land use was approved 5-2 with Bostick and Young voting against the change. Another item to request a final plat of the Alden Station Commercial subdivision with five conditions was passed with Young and Dupree voting against.