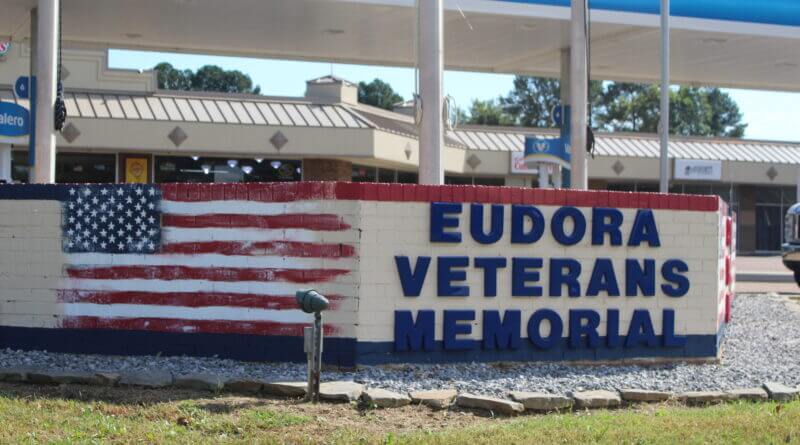 A new Eudora Veterans Memorial has been dedicated to remember “All Gave Some, Some Gave All.”

A ceremony was held at the memorial, located in front of Outfitters at the intersection of state Highways 301 and 304 in Eudora on Tuesday.

The idea for the Eudora Veterans Memorial is from Robert Pool, Purple Heart recipient Simon Dean, his brother Lowry Dean, and many other veterans and supporters.

Among those on hand for Tuesday’s ceremony were World War II prisoner of war Olin Pickens, who will be age 100 in November, and Marine Corps veteran Earl Ward.