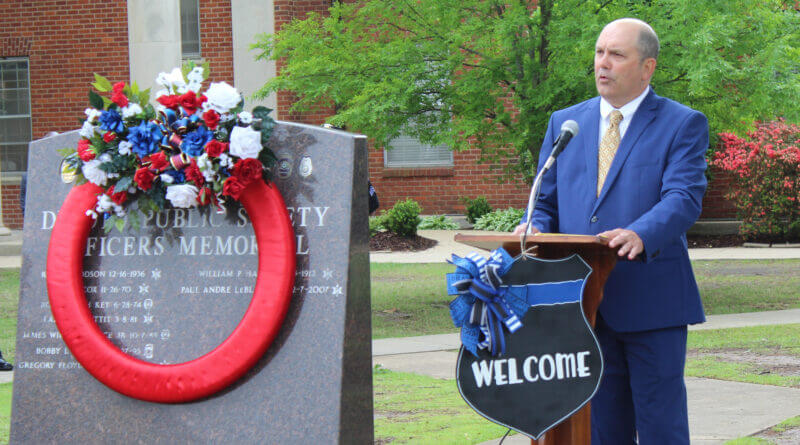 DeSoto County paused Friday morning to remember law enforcement officers who have given the ultimate sacrifice to protect its citizenry.

In front of the Fallen Heroes Memorial at the DeSoto County Courthouse in Hernando, a memorial service was held, replete with a release of doves, ringing of a bell, speeches and culminating with a 21-gun salute and the playing of Taps.

The memorial on the Courthouse grounds was placed after funds were raised for it 2002.

The service also included the announcement of this year’s Fallen Hero Scholarships to selected high school seniors who plan to pursue a public service career. Nine scholarships are awarded. Each one is named for one of the “fallen heroes” listed on the memorial at the Courthouse. The scholarships have been awarded each year since 2004.

Guidance from DeSoto County public safety officers and from Northwest Mississippi Community College is used to select the scholarship recipients.

This year’s recipients are as follows: