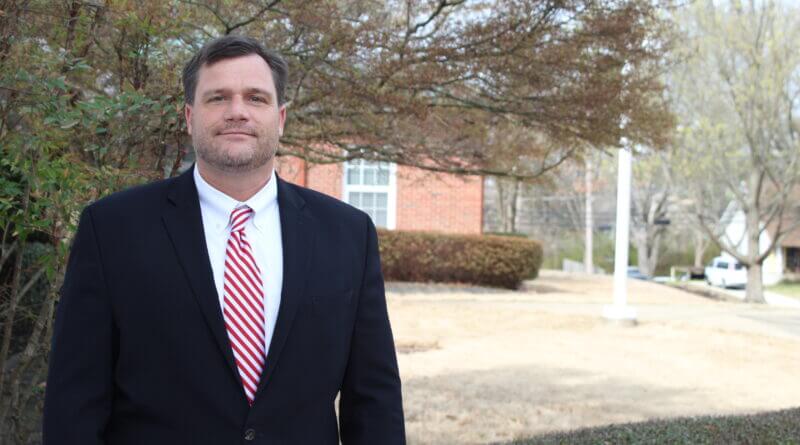 It’s been quite a year already at Center Hill High School. Several students Monday were introduced to the DeSoto County School District Board of Education as achieving 30-plus scores on the American College Testing exams. Center Hill earlier this school year was recognized as one of the few National Blue Ribbon Schools, as awarded by the U.S. Department of Education.

Also Monday, Center Hill’s principal Doug Payne was introduced as the district’s Administrator of the Year.

Both Center Hill High School and Middle School have been recognized as National Blue Ribbon Schools, with the middle school being named in 2018.

“My mom was definitely in charge and she was trusted,” Payne said. “I would be up there at different times and see what she was doing. She helped me get a substitute’s job to see if I liked it and it didn’t take very long before I knew this was where I wanted to be.”

Payne began in administration as an assistant principal at Horn Lake High School and then was given the assignment of opening Center Hill Middle School.

“I was planning for a schedule and assigning classrooms for a building that wasn’t there yet,” Payne said. “That had its challenges, but it was a great experience for me, learning how the processes of design and how these things are taken care of.”

While the bricks and mortar were being placed on a foundation, Payne knew he had to set his own foundation for success at the school. That was in setting firm goals and making known what he expected for his teachers and students.

“One of the most difficult things in education is changing the culture of a school,” Payne said. “It’s almost near impossible sometimes. But that was something that I had to establish. It was important that I had very high expectations at the start. I knew that once that culture was set it wasn’t going to change.”

In accepting the District Administrator of the Year award Monday, Payne was quick to point out that the accolade wasn’t only a reflection of his work; that it should be an indication of what is being done for education excellence in and around the Center Hill campus.

“Everybody gets a little credit for this,” Payne explained. “It’s a great honor because you only win an award like this if your school is being successful or your school is doing the right things. We’ve had success in extracurricular and academics. The recognition should go to the school, but I’ll be glad to accept that on their behalf.”

The Center Hill principal said the same is true about the National Blue Ribbon School Award.

“To be noticed and recognized on a national level is one of Center Hill’s proudest moments and mine as an administrator,” he said. “Again, it goes back to the effort and teamwork that is put in.

There are very few schools that win this award. The fact that a high school won is very rare.”

When the pandemic hit and school restarted, Payne instituted special measures to deal with coronavirus while making sure his students got a quality education.

Payne also said he wanted his teachers and students to understand and master the Schoology platform, especially for those who chose to learn at home.

“The first thing I wanted this year was to make sure every student and teacher understood how to use our Schoology platform,” said Payne. “I wanted them to work on that before they started teaching English, math, science and social studies. I wanted them to understand the platform and make sure the kids had some trial and error with the platform and have the right foundation before we moved forward and that didn’t take us very long.”

Payne is now to be considered by the Mississippi State Department of Education for its state Administrator of the Year.