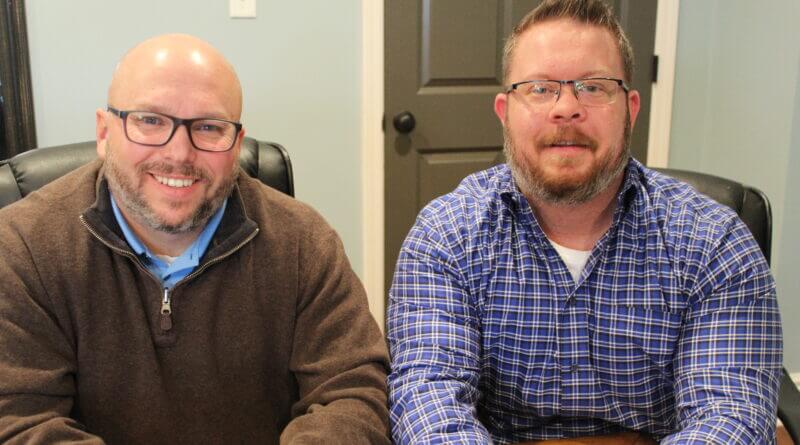 George Payne and William Brooks both joined Southaven’s Board of Aldermen at the same time 12 years ago.

As DeSoto County municipal elections for 2021 begin to take shape, one has now decided to step away, but he is urging the other to continue on the board, just to move over a couple of seats to take his position in the boardroom.

Brooks has announced his plans to not run for re-election as Alderman-at-Large, throwing his support to Payne, who is currently Ward 3 Alderman.

With Brooks’ decision to leave city government, Payne has decided to run for the at-Large seat instead of seeking re-election in Ward 3.

The soon-to-be outgoing Alderman at-Large, Brooks has had a long career of public service already, even at age 39.

He entered the military at age 17 and served in Iraq before his Humvee triggered an IED that exploded and severed both legs above his knee.

Now, Brooks says it’s time to try something else, but it doesn’t mean he’s through with public service. It may be called politics, but Brooks hates using that word.

“I really just want to take off a couple of years and travel. I’m not shutting doors to any future opportunities and I’d like to get to Jackson at some point,” Brooks said. “We certainly need some good representation up this way, someone who understands the needs of municipal government.”

But as Brooks readies to step away from Southaven City Hall, he has thrown his support to Payne because he trusts Payne will represent the entire city well.

“In this line of work, you always keep people somewhat at arm’s length because you don’t know what their motives are,” Brooks explained. “He (Payne) and I have never had that problem. We’ve always had each other’s back and there’s nobody I trust more in this line of work than him, period.”

Payne has watched Brooks grow in his position as one of the top decision makers in Mississippi’s third-largest city.

“William is a hero to me and I’ve watched him become a leader,” Payne said. “We became friends first and he was a hero just from his actions in Iraq. But I’ve watched him really develop into a leader and I’m proud that he’s my friend.”

Brooks looks back at his public service career and says it was a Congressman from Mississippi who ignited his desire to start in government.

Former Gulf Coast Congressman Gene Taylor had Brooks work with him as an intern while the recovering Mississippi soldier was at Walter Reed Army Hospital.

“I told him I was thinking about running for alderman here and he highly encouraged me to do so,” Brooks said. “The rest they say is history.”

Both Brooks and Payne were elected during the mayoral administration of Greg Davis and have continued in their positions with Darren Musselwhite’s election in 2013.

“From day one, William’s been my guy,” Payne said. “Especially with those first four years, we had to rely on somebody. We were elected to a board and there wasn’t a lot of direction in the job. We had to become pretty close pretty quick, and we did.”

When asked about accomplishments while on the Board of Aldermen they quickly cite the growth in the city of Southaven over their time on the board, especially the last eight years.

“We’ve kept tax rates low and we’ve got Silo (Square), new soccer fields, turf on the (Snowden Grove) baseball and (Greenbrook) softball fields, Tanger Outlets,” Brooks said. “There’s just been so many things over the years that’s happened without us having to raise taxes,” with Payne adding, “add Google, Medline, and Spectra Labs.”

They’ve also been pleased to see that Southaven has been actively catching up on street improvements that have become a greater priority.

Payne had known for the past couple of years that Brooks was considering not running this year and when those considerations became reality, Payne felt he needed to stay on the board but to move up from his ward position to the at-Large post.

“I knew someone needed to step up and be Alderman at-Large and I felt like I had the experience, I’ve felt like I’ve made the relationships at City Hall and within the community of Southaven that I felt like I was the right person for the job,” Payne said. “It was a tough decision, because it’s a lot of work and it costs a lot more money for a city-wide election. But you sometimes can’t take the easy road.”

The municipal election day in Mississippi is June 8 in 2021. Municipal primary elections are to be held on April 6 with possible runoff elections set for three weeks later, on April 27.