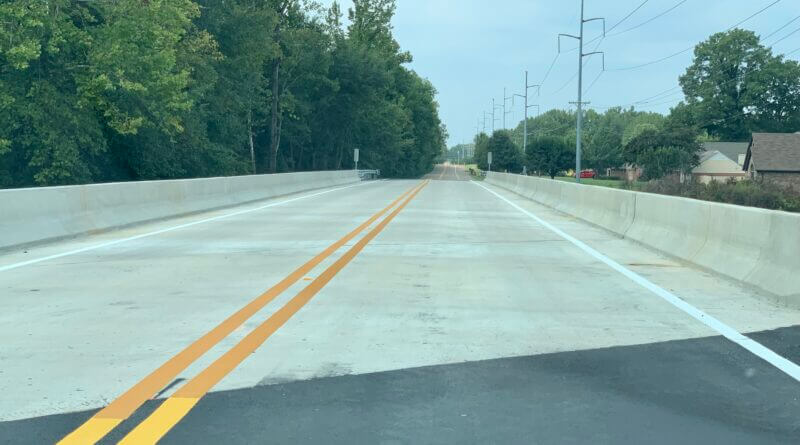 The closure caused traveling inconvenience for residents living in the far western section of Southaven, but Mayor Darren Musselwhite Wednesday said it was work that will pay the city dividends for many years going forward.

“We’re so glad to see this lengthy project come to completion and see Stateline West open again, knowing that the bridge will be safe for many years into the future,” Musselwhite told DeSoto County News. “It was inconvenient, but a valuable project for our city.  Again, I’m very thankful for this decision by our state Legislature to see the severe importance of our need to improve roads and bridges throughout our state.”

Back in 2018, the state Legislature approved the Emergency Road and Bridge Repair Fund, or ERBRF, for such projects.

“This was long overdue as our state has missed many economic opportunities in the past by failing to spend the money necessary to meet the demands of new business prospects that can bring exponential financial benefits,” Musselwhite said in an announcement on the Horn Lake Creek Bridge project back in 2019.

City officials in Southaven applied for ERBRF funds to fix the bridge over Horn Lake Creek and the application was approved. Musselwhite said the bridge was not unsafe but needed to be addressed soon to prevent any further damage to public safety.

The entire cost of building the bridge was about $2.4 million with $1,989,500 of that coming from ERBRF funding.

Southaven officials announced Tuesday the bridge work had been completed and the road was reopened to traffic.