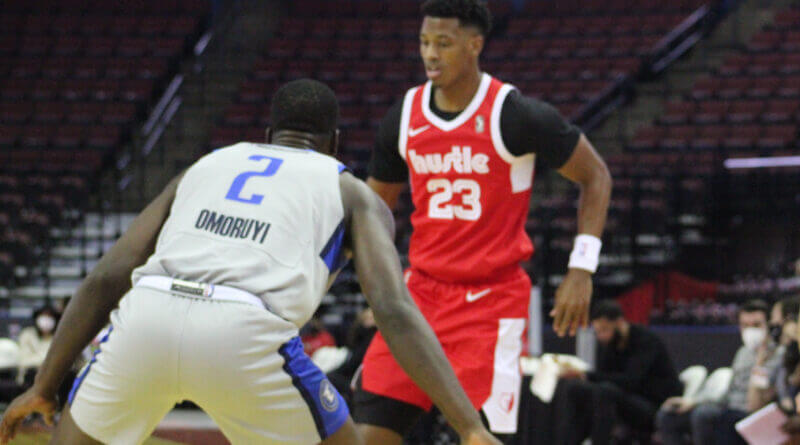 The Memphis Hustle, the Grizzlies’ NBA G League affiliate, fell 115-99 to the Texas Legends at Landers Center Thursday, falling to 2-2 in the Showcase Cup.

Eugene Omoruyi posted a double-double with a career-high 33 points (12-20 FG, 7-11 3P), 10 rebounds and five assists. With the victory, Texas now leads the Showcase Cup with five wins. JaQuori McLaughlin added a double-double of his own (22 points, 10 assists) while Feron Hunt pitched in 14 points and six rebounds for the Legends. Texas outscored Memphis 48-27 from 3-point range, shooting 55% from deep and limiting Memphis to 27%.

Six Memphis players scored in double-figures, including a season-high 23 points from Ahmad Caver. Reggie Hearn added a season-high 17 points on 5-of-9 shooting. Freddie Gillespie posted his second double-double in as many games with 16 points and 11 rebounds.

The Hustle trailed by as many as 26 points before trimming the Legends’ lead to nine, 106-97, with 2:46 remaining. However, Texas immediately responded with a 9-2 run to put the game out of reach. Memphis outscored Texas 37-27 in the fourth quarter, led by 14 points from Caver, but it wasn’t enough to overcome the differential from behind the 3-point line.

The Hustle return to action on Friday, Nov. 26, at 7:30 p.m. against the Austin Spurs. Fans unable to attend can catch the game on NBAGLeague.com.