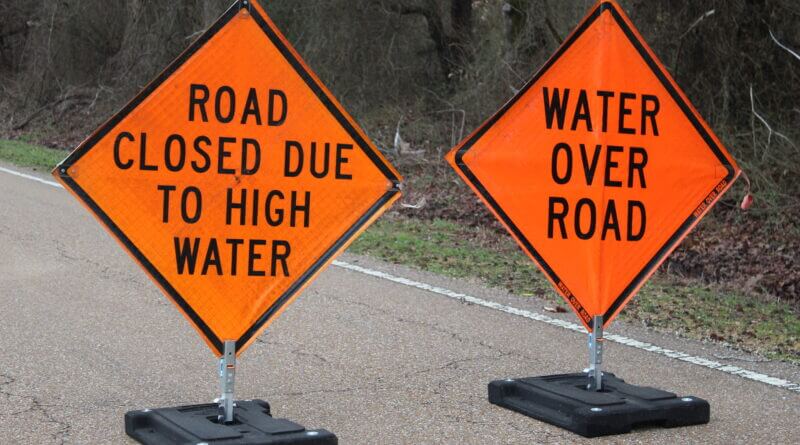 DeSoto County Sheriff’s Department Monday evening announced that Holly Springs Road would remain closed tonight – east of Johnston to Dairy Barn (in the area of the three bridges) due to flooding over the road and bridges. Plans are to keep the road closed until water recedes.

The water covered the oft-flooded roadway last weekend as part of the heavy rains that fell on DeSoto County.

The area being closed is where the county is in the middle of building three new bridges and raising the road level to 10 feet to get the connector over the flood plain.

The cost of the project, which is being paid for with state, federal, and county money, was initially set at about $35 million.

The county did issue $5 million in bonds as part of the funding, but it comes without a tax increase.

The project will include straightening of some dangerous curves in the 2.6 mile area and the rebuilding of the bridges.