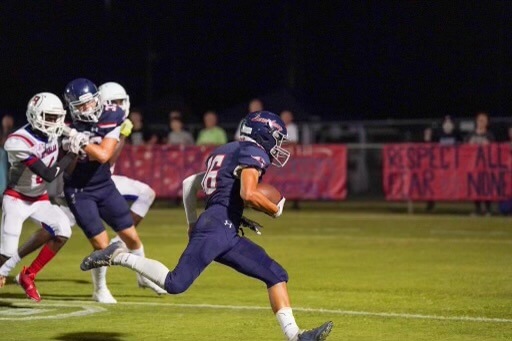 The top four remained the same from the previous week, led by unbeaten Southaven (6-0) which had outscored opponents 190-79 entering tonight’s match up at Olive Branch in the annual “Backyard Brawl.”

Northpoint Christian (4-3) is second, despite last week’s loss to Davidson Academy, Tenn., as the Trojans have scored 212 points but allowed 143.

Third is DeSoto Central which, despite a 3-4 record, has scored 180 points and allowed 128 for the year.

The fourth in the First Four this week is Lewisburg (4-2), a team that has scored 140 points and allowed 98 in six games.