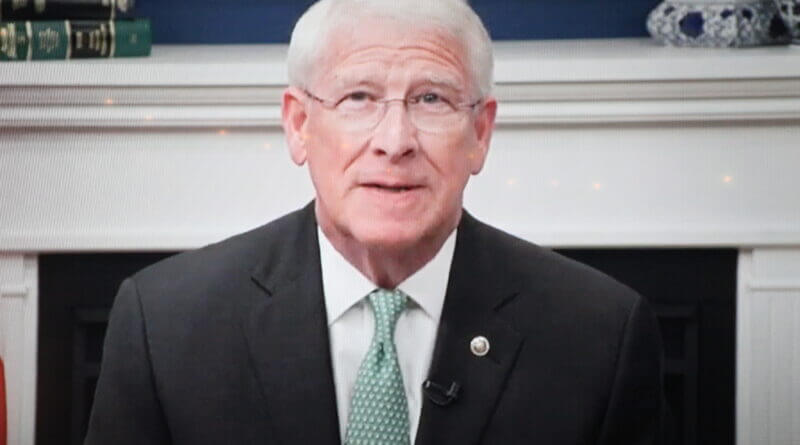 Note: The following is Sen. Roger Wicker’s Weekly Report, which is provided by Sen. Wicker’s office.

A few short months ago, COVID-19 was in full retreat and our economy seemed primed for a comeback. Yet as summer comes to an end, Washington Democrats seem determined to delay our recovery indefinitely. Instead of helping job creators, President Biden and his party are lining up huge tax increases that would remove billions of dollars from our economy. This job-killing proposal adds to the growing pessimism that has already resulted from inflation, a worker shortage, and the spread of COVID-19 variants. Now is the worst time for the government to be adding new burdens on the American people.

Our shaky economic situation was made painfully clear with the release of the August jobs report. According to official data, the economy added just 235,000 new jobs in August, down from 1.1 million in July. This dramatic drop is not for a lack of job opportunities. Restaurants, retailers, and hotels are desperate to hire but cannot find enough workers. Last month, 50 percent of employers had job openings they could not fill, according to the National Federation of Independent Businesses. This persistent labor shortage has contributed to declining business optimism. The share of job creators who expect conditions to improve in the next six months has now dropped to an eight-year low.

Although millions of Americans have regained work since the pandemic began, almost three million still remain on the sidelines. Half of these missing workers are of prime working age, between 25 and 54. One significant reason they have not taken jobs is that the Democrat-led government in Washington has paid them to continue staying home – a benefit that expired only recently. Democrats have also slashed work requirements for welfare, creating a permanent obstacle to Americans joining the workforce.

Runaway inflation is also holding back our recovery. Basic necessities like groceries and gas are costing more each month, leaving families with less money for other purchases. Democrats in Congress set the stage for inflation this past March when they passed their COVID “relief” package without any Republican votes. Unlike the previous five relief bills, which were bipartisan, the Democrat bill was unnecessary and poorly targeted, and has now flooded our economy with excess cash.

Despite the economic warning signs, congressional Democrats are steamrolling ahead with a $4.2 trillion tax-and-spending bill authored by socialist Senator Bernie Sanders. The bill contains a wish list of left-wing priorities, including multi-billion-dollar giveaways to green companies as well as attempts to reengineer childcare and preschool. This bill reeks of a “government knows best” mentality and would be the largest expansion of government in 50 years.

To pay for their spending, Democrats have proposed crushing tax hikes on job creators. Under their plan, the corporate tax rate would jump from 21 to 26.5 percent – higher than in communist China. After factoring in state and local taxes, companies would pay an average of 31 percent of their earnings to the government. Closely held small businesses would also pay higher rates and key deductions would be eliminated. All of this would result in fewer new jobs, raises, and bonuses for American workers, which were in abundant supply after the Republican-led tax cuts of 2017.

We are now at a pivotal moment for our economy. Unfortunately, Washington Democrats are ignoring the warning signs and are pushing ahead with this overbearing tax plan, which I fear could undermine our recovery.