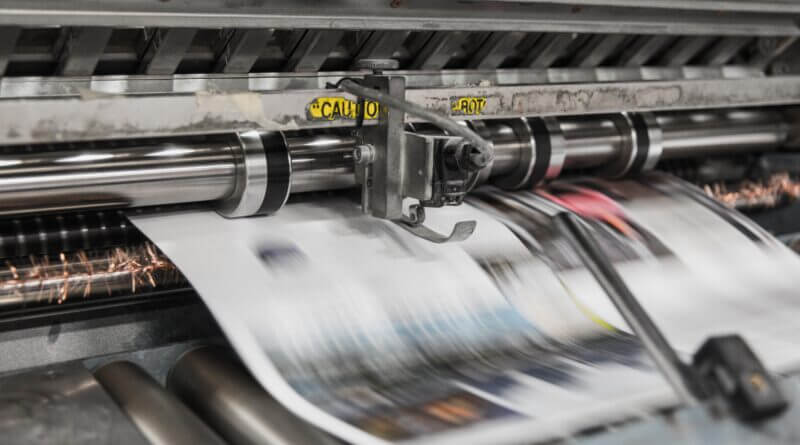 Note: The following commentary is provided with permission by Charles Lipson, a native of Marks, Mississippi and professor emeritus of political science at the University of Chicago, detailing the lessening impact of print publications in today’s society. It is also provided with permission by RealClearMedia Group, which first published this article on their website here.

A few years ago, you would have unfolded your newspaper and read opinion and analysis like this. Those days are gone. Today, most of us get our news and commentary online, perhaps supplemented by network or cable television, although TV viewership is far smaller than in the days of  “The Big Three.” Buried alongside those iconic broadcasters is the public’s confidence in news from all sources. Only 16% of Americans say they have a “great deal” or “quite a lot” of confidence in newspapers, only 11% in TV news. Those numbers keep sinking. Today, if Walter Cronkite ended his broadcast, “And that’s the way it is,” most people would just smirk.

How dramatic is this change in the way we get our news? What’s driving it? What have we gained and lost? And how do these changes affect our deeply divided nation?

The most important point is the most obvious: The changes are huge – and irreversible. One recent study shows that in our country of 332 million people, no newspaper has a print circulation of more than 1 million. Only nine have more than 100,000 subscribers. Among the 25 largest papers, only one showed an increase in circulation, and it serves a retirement community. It’s shocking, really, that a paper with less than 50,000 subscribers is among the nation’s largest.

The decline is relentless. Print papers are losing one out of eight subscribers every year. Their daily circulation, over 63 million at its peak in the 1980s, is now about one-third that size. Over 25% of all American newspapers have died in the past 15 years.

What is driving this tectonic shift, away from print and toward online news? In a word, technology. Cheap, ubiquitous computing is killing print papers by introducing competition and choice. This new, competitive environment has destroyed papers’ profitable monopolies for local advertising dollars.

The changes are far-reaching:

Some observers, especially conservative ones, have cast a skeptical eye on this contemporary media landscape and blamed the decline of print publications on “woke” newsrooms. They are mistaking the cart for the horse. It’s true that most newsrooms are woke, woke, woke. So are elite law firms, consulting firms, social media giants, entertainment companies, advertising firms, university faculty, and so on. Their employees, having completed their ideological training at places like Harvard, Brown, and Oberlin, tell us their pronouns in every email and wonder if Bernie Sanders might be too moderate. They dominate today’s journalism, and their dominance is reflected in their papers’ content.

In a country that is evenly split between left and right, that tilt leaves a lot of readers unhappy, and some have undoubtedly dropped their subscriptions. Some papers also died during the pandemic, though most were already facing bleak futures. But the coronavirus and ideological bias are not the main reasons why print papers are on the road to oblivion. They are on that road because technological innovation devastated their old business model.

This technological shift actually encourages newsroom bias. Why? Because, as online sites proliferate, readers can easily gravitate to those that reflect their views. This self-selection reinforces the sites’ incentives to tailor their content to keep those users and attract more like-minded ones.

In this segmented market, with lots of different niches, news organizations pick their target audience. For MSNBC, that audience is progressive. The channel wants to attract more of them, not challenge their views or garner a few conservatives. By contrast, PJ Media is trying to reach more conservatives, not futilely chasing progressives. That’s Marketing 101. The problem for journalism is that this “niche” logic has distorted general-interest papers, like the Los Angeles Times. It gives free rein to ideological bias among reporters and editors, muddling their editorial perspective with “hard news” coverage.

The logic behind this bias is powerful. All of us are attracted to sites that confirm our views and buttress them with friendly content. Social scientists call it “confirmation bias.” Now that we have so many alternative news sources, that bias drives our choices, from CNN to Fox News. And it drives those outlets to produce content their viewers find ideologically appealing, not challenging. There are some exceptions, of course, like RealClearPolitics, which aggregates and produces opinion pieces from left, right, and center and hires reporters to write the news of day straight. But this even-handedness is rare. Most outlets have slipped into comfortable ideological niches.

The result is landscape littered with “news silos,” each appealing to its chosen market segment. The social and political effects are far-reaching. As news consumers, we have more options than ever (good), but we are increasingly insulated from opposing views (bad). The days of general-interest local papers like the Memphis Commercial-Appeal are gone. Those of big-city papers like the Chicago Tribune are fading fast. We are hunkering down in our silos, where never is heard a discouraging word, at least not about “our side.” This insularity is bound to deepen our country’s ideological divide. That’s very bad news indeed.