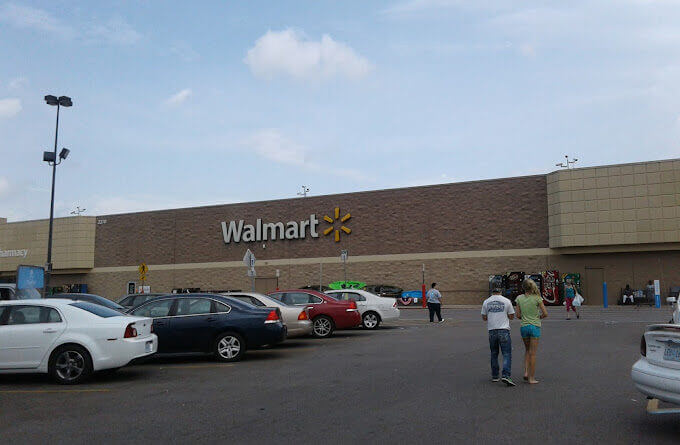 An off-duty Sheriff shopping at the store stopped a person who pulled a gun on another shopper at New Albany Walmart.

From New Albany Police Chief:
Union County 911 started receiving calls that there was an incident with a gun inside Walmart. Officers were dispatched at 4:29 pm and officers were on scene at 4:30 pm. While responding, officers received information that shots had been fired inside Walmart. As officers entered Walmart they were directed to where Sheriff Robby Goolsby of Benton County was. Sheriff Goolsby had disarmed Roger Struble and had taken him into custody.

I personally want to thank Sheriff Goolsby for acting immediately. He was able to stop the situation before it had time to escalate and get out of control. His actions prevented potiental harm for countless number of innocent shoppers.

THANK YOU SHERIFF GOOLSBY AND TO ALL THE OTHER OFFICERS THAT RESPONDED.