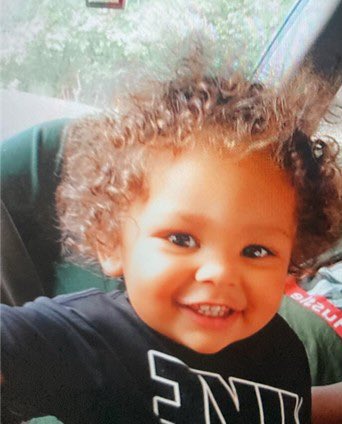 The Mississippi Bureau of Investigation canceled the alert late Monday afternoon for Zion Williams. The MSMBI reports Williams has been found and is safe.

The Mississippi Bureau of Investigation has issued an Endangered/Missing Child Alert for one-year-old Zion Amar Williams of Coldwater.
He is described as a bi-racial male, weighing 27.4 pounds, with brown curly hair and brown eyes.
He was last seen on Sunday, July 18 at about 7:30 p.m. in the 700 block of Highway 306 in Tate County.
Zion Amar Williams is accompanied by Heather Cox, a white female wearing black or brown pants and a black string top shirt.

Zion Amar Williams and Heather Cox are believed to be in a white GMC crew cab truck pulling an 18-to-20 foot flatbed trailer traveling south on I-55.
Anyone with information regarding their whereabouts is asked to contact the Coldwater Police Department at 662-622-7979.