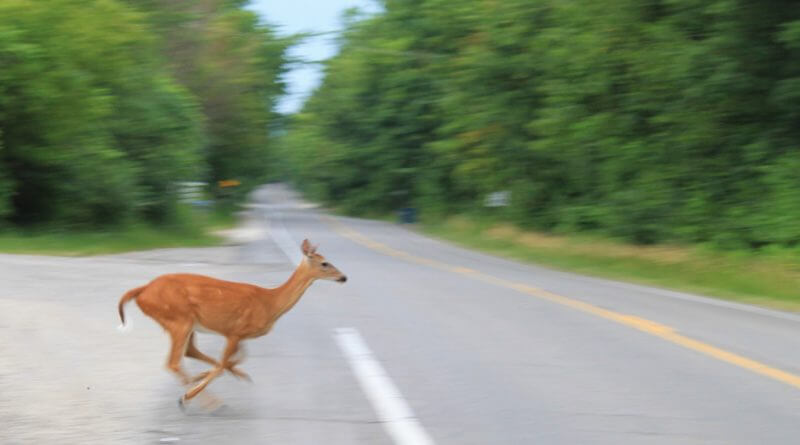 The Mississippi Department of Transportation warns drivers to be alert to the increase in deer activity around roads and highways in the fall.

“Mississippi averages over 3,700 reported deer-related crashes per year,” said MDOT Executive Director Melinda McGrath. “Hitting a deer can be a very costly expense and sometimes it can cause a life-threatening accident.”

A National Highway Safety Administration survey report showed that there are approximately 1.5 million collisions with deer in the United States each year with an annual cost of more $1 billion in vehicle damage. Between 175-200 people die in car vs. deer accidents each year, according to the report. While these accidents may happen at any time of the year, they typically take place between October-December.

MDOT said the peak season for deer in Mississippi is from October through January, but deer near highways may take place at any time of the year.

Tips to remember about dealing with deer on the roads:

“No matter if a driver is traveling rural roads or busy highways, the threat of hitting a deer while driving is very real,” McGrath said.  “All motorists should take extra precautions during deer season to ensure their safety while traveling.”