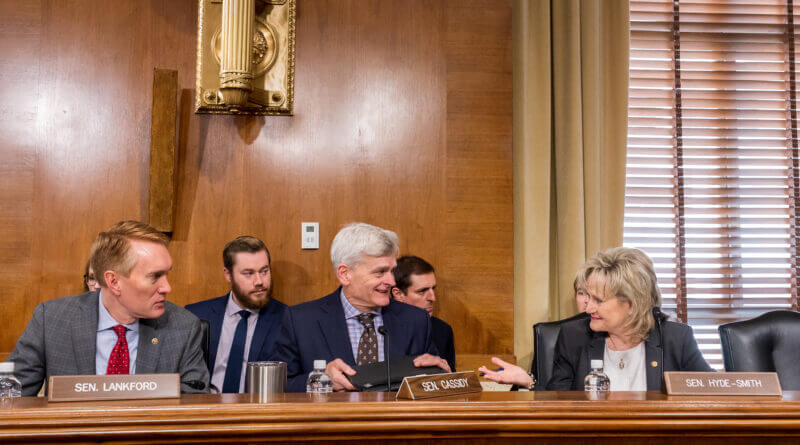 Hyde-Smith on Thursday participated in a Senate Energy and Natural Resources Committee hearing to examine “the use of energy as a tool and a weapon, and ensuring energy security for the United States and its allies.”  The hearing was called as the Russian war on Ukraine continues to roil global energy markets and as gasoline prices spike across the nation.

“I find it difficult to believe we would not be facing an energy crisis if we had maintained greater energy independence, including exporting significant amounts of liquefied natural gas,” Hyde-Smith said.

“After President Biden’s ban on new oil and gas lease sales on federal lands and offshore, the Administration continually gas-lit Americans by saying there are ‘9,000 approved drilling permits not being used.’  However, we know it is one thing to have a lease, it’s another for it to actually have the green light to produce on that lease after jumping through ever-increasing regulatory hoops,” the Senator said.  “All this to say, we are nowhere close to realizing our nation’s full potential as a global energy producer.”

Responding to Hyde-Smith’s question regarding stabilizing energy markets, Colette Hirstius, Shell USA senior vice president for the Gulf of Mexico, stressed the need for federal agencies to support a “consistent thread” on the myriad of permits needed for near and long-term production.

“As far as additional supply that we can bring online and how to do that more quickly, I think there is an important step that needs to be taken to look at how we can accelerate the permitting and approval process because that will result in faster activity and more oil and gas coming online,” Hirstius said.  “That’s really across all aspects of our industry—oil and gas, as well as renewables, because really everything has a permitting component to it.  So, that’s a consistent thread that can improve.  Those are solvable problems.  There aren’t technical aspects that stand in the way on that aspect of the system.”

Hyde-Smith, author of the Domestic Energy Crisis Relief Act (S.3353), also sought input on the prospect of increasing U.S. domestic oil and gas production to make up for banned energy imports from Russia and to replenish the Strategic Petroleum Reserve.

Even prior to Vladimir Putin’s illegal invasion of Ukraine disrupting global energy markets, Hyde-Smith has been consistently critical of the Biden administration’s energy policy, specifically its attacks on inland and offshore oil and gas production.