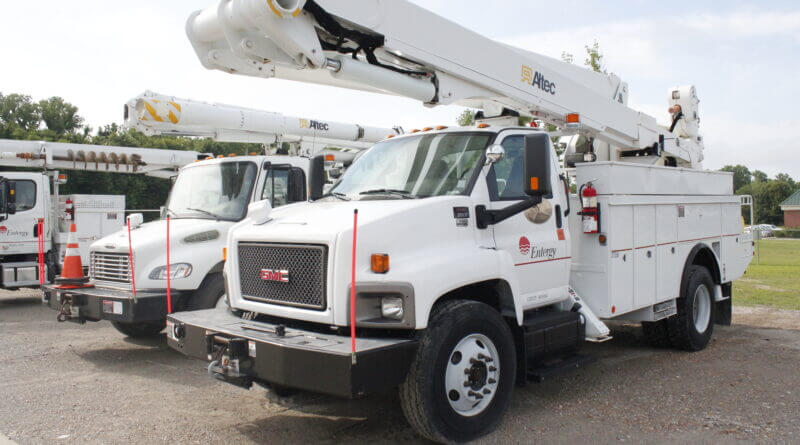 One of the biggest advantages a state can have in attracting jobs and economic development today is a significant amount of renewable power. In fact, states that cannot provide ample renewable energy are typically eliminated from site searches by companies looking to locate or expand. To meet that demand and increase Mississippi’s competitiveness, Entergy Mississippi is making its largest-ever commitment to renewable resources. The company plans to replace some aging natural gas plants with 1,000 megawatts of renewable energy, such as solar, over the next five years. Called EDGE for “Economic Development with Green Energy”, the strategy is two-fold: give Mississippi an edge in recruiting industry while simultaneously giving Entergy customers an effective hedge against volatile natural gas prices.

“The EDGE plan will provide major benefits to the customers and communities we serve,” said Haley Fisackerly, Entergy Mississippi president and CEO. “Having significant renewable power is as important to large companies as a state’s tax and incentive structure, site availability and labor force.

“Adding more renewable energy will put Mississippi communities in a better position for industrial recruitment, while also diversifying our power generation portfolio at a time of rising natural gas prices,” he added. “Along with the nuclear power provided by Grand Gulf, this would give our customers diverse, sustainable, reliable, clean and affordable power for years to come.”

Under the EDGE plan, Entergy Mississippi would add 500 MW of renewable power to its portfolio by 2025 and another 500 MW by 2027. This would increase renewable power as a percentage of the company’s total power generation portfolio from less than 1% to 17% in three years and almost one-third in only five years. This increase would give Entergy Mississippi the fastest-growing renewable power portfolio in the state and one of the fastest-growing in the country. Currently, natural gas makes up the majority of the company’s power generation portfolio. Communities will also see the benefits of new construction jobs and new tax revenue as a result of these renewable power plants all being built locally.

“It’s clear that economic development across the nation is moving faster by the day toward states that harness and develop clean, renewable energy,” said Northern District Commissioner Brandon Presley. “The fact is we can’t expect to compete in the modern economy without a strategy for providing the business community with clean, renewable power. I applaud Entergy’s efforts to develop this major project and look forward to the successes it will bring.”

Central District Commissioner Brent Bailey also noted the desire by companies for more renewable energy and pledged to work with the company.

“The national transition to a cleaner, more diversified energy generation portfolio is undeniable,” Bailey said.  “Many factors are driving this change, including the desire by private and public sector customers to access renewable energy resources.  My office will work with Entergy Mississippi to ensure these new energy resources are responsibly considered in a timely manner and in a way that enhances reliability and affordability.”

Chairman Dane Maxwell of the Southern District applauded the plan as well.

“With my business and economic development background, I am always looking for projects and programs that bring jobs and economic benefits to our Mississippi communities,” Maxwell said. “I’d like to commend Entergy Mississippi for their effort in providing additional renewable energy options for consumers through their EDGE plan.”

Entergy Mississippi will begin issuing requests for proposals for multiple renewable projects in early 2022. The company would then take the finalized plans to the Mississippi Public Service Commission for review and potential approval later in the year.

Entergy Mississippi is already in the process of replacing some of the energy produced by recently-retired natural gas plants with renewable energy. The company’s partner, Recurrent Energy, broke ground in August on a 100-megawatt solar facility in Sunflower County that will power approximately 16,000 homes when it goes in service next year.

Entergy Mississippi’s EDGE plan is another significant milestone in Entergy Corporation’s continued transformation of its power generation portfolio, meeting customers’ needs with clean, efficient and diversified sources of electricity while maintaining some of the lowest retail rates in the country. Entergy’s investments in its generation portfolio transformation have resulted in substantial reductions in the company’s greenhouse gas emissions and provided significant savings to customers from lower fuel costs. Learn more about Entergy’s growth in renewable energy generation at entergy.com/renewable-energy.