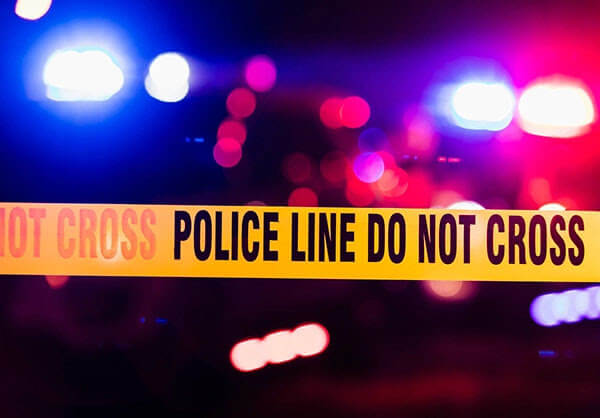 The homicide rate, which is one component of the violent crime rate, jumped 66 percent from 2017 to 2020, the latest year for which data is comparable to previous years and to other states.

That spike was largely driven by the doubling of Jackson’s homicide rate over those three years. In 2020, Jackson accounted for 6 percent of the state’s population, but 52 percent of homicides in the state.

Mississippi’s broader violent crime rate, which includes rape, aggravated assault, and robbery, in addition to homicide, was 27 percent lower than the national rate in 2020. It was also significantly lower than all eight other states in the region. In 2019, the year before the pandemic began, the violent crime rate in Mississippi was slightly lower than it was at the beginning of the decade in 2010. A sharp increase in 2020 resulted in an eight percent increase for the decade.

The report, titled “Violent Crime in Mississippi: A Data-Supported Analysis and Evidence-Based Solutions,” also discusses the possible causes behind recent crime spikes and policy solutions that can reduce violent crime in the state. It also makes clear that recent criminal justice reforms are not a cause of those spikes.

“Crime affects everyone, directly or indirectly, and everyone should be concerned about it. Families, churches, communities, and of course government all have roles in addressing it. To do that, we need to start with the facts, and that’s what this report is intended to do,” said Empower Mississippi Senior Advisor Forest Thigpen.

“We also need public policy solutions that are based in evidence, not just ones that sound right on the surface. Otherwise, we spend a lot of taxpayers’ money and don’t actually reduce violent crime,” Thigpen continued.

Thigpen said he was involved in the 1990s push for “tough on crime” laws.

“The ‘tough on crime’ approach was based on the premise that most crimes are committed by a relatively few people, so we should take them off the streets and keep them off. I still believe that’s true, but the laws that have been passed have moved far beyond that, sending people to prison for long periods of time, including for nonviolent crimes, and the evidence shows that has been counterproductive in many ways. We’re not saying there shouldn’t be consequences for crimes, but there are methods of punishment other than imprisonment that have proven to be more effective in reducing crime and are much less costly to taxpayers.

“It’s not an either/or situation, Thigpen noted. “When it’s done right, we can reduce the costly prison population and reduce crime. That’s not just a fantasy. It’s been done in other states.”

The report examines whether recent criminal justice reforms adopted by the legislature contributed to spikes in the state’s violent crime rate, by comparing Mississippi’s trends with those seen in other states.

“What we found was that all states experienced spikes in homicides in 2020, including those that implemented justice reforms similar to those passed by Mississippi and those that did not,” said Thigpen. “In fact, the most significant increases in violent crime in our region occurred in two states that have not enacted criminal justice reforms.”

Mississippi now has the highest incarceration rate in the U.S., and this month, the Mississippi Department of Corrections reported that the number of people in the state’s prisons is higher than in 2019, two years before the most recent parole reform bill was passed. But that’s not due to the spike in violent crime. In 2021, two-thirds of prison admissions were for drug or nonviolent crimes.

The report includes a number of recommendations to address the violent crime problem. Among them are:

Properly fund law enforcement and ensure that the money is used to attract, pay well, and properly train officers.

Focus limited law-enforcement resources on the most serious offenses, and address mental health and addiction issues at the community level.

Prepare people with job skills, life skills, and mental or addiction treatment while they are in prison. Most people who commit crimes after leaving prison do so within the first year, often because they go back to the same circumstances they left, without the knowledge or skills or mental health to lead a different life.

The full report is available online from Empower Mississippi here.